Six-player Royals team takes it all the way to Bangor

A trophy case inside the Jonesport-Beals High School holds 13 championship gold balls — three won by the girls’ basketball teams, and 10 won by the boys. The collection won’t expand this year, but boys’ basketball coach Skipper Alley says this team has a lot to be proud of. For one thing, there are only six of them, and they made it all the way to the regional playoffs.

Earlier this month, I spent the afternoon with a band of students from Jonesport-Beals High School. It was inspiring to see so many smart young people engaging in the science and technology of aerospace. It had me remembering my own childhood in Orland and Bucksport. I grew up knowing I’d have to leave Maine to pursue a career in technology. And that’s what I did.

Recently, Jonesport town fathers became aware that their ability to apply for most grants would be hampered by the absence of an up-to-date comprehensive plan. Over a decade ago—and after going through several versions—the town adopted one, but it was not renewed after its statutory 10-year life expired. This week, the first step in updating and amending that plan will happen, as residents pull a community public survey from their mailboxes.

Officials in Jonesport have been working on an ordinance to regulate the use of adult marijuana off and on since the substance was legalized for non-medical use by Maine’s legislature three years ago. Lack of state guidelines and absence of prototypes have delayed the process, but selectmen have consistently urged that the town deal with the subject before a building application was presented to the planning board prior to an ordinance being in place.

Jonesporters hoping to turn part of the town campground on Henry Point into a commercial fishing hub got some good news last week: the grant givers they hope will help finance the project agreed to an extension of the application deadline. The current marina is owned by the state and is designated a recreational facility. Town fathers and fishermen fear that they could lose the use they currently make of it.

Earlier this month, Jonesport Selectman Billy Milliken was asked by an out-of-towner to bring a resolution supportive of the Second Amendment before his board. The towns of Steuben and Harrington have already approved such a resolution, he said, which affirms the right of citizens to bear arms.

Harry Fish said he supported the amendment but would not commit to the resolution without the support of the townspeople and suggested that the select board table the motion. “We could be stepping into a quagmire,” he said. 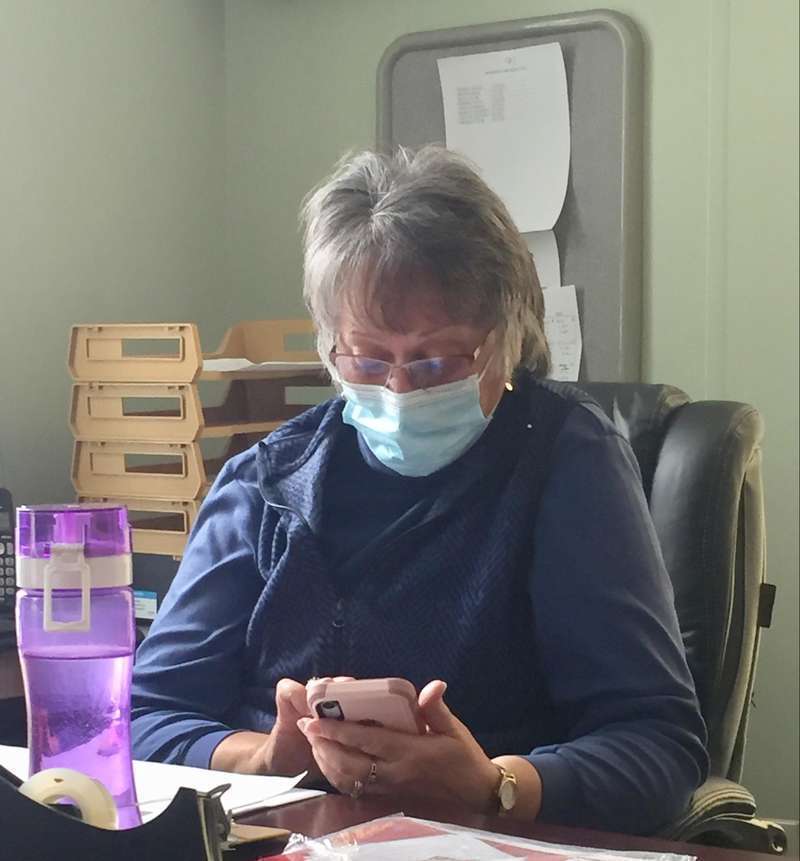 The Jonesport budget committee spent 90 minutes with the town’s selectmen January 27, considering their suggestions and preparing a spending plan to put before voters next month. The total came to $767,113 but included $40,000 for rebate on taxes paid early, a discount that has been consistently voted down at town meeting in recent years.

At their January 20 meeting, Jonesport selectmen completed the requests that they will recommend to the budget committee this week for consideration by the town next March. The grand total is $762,113, an increase of $88,515 over last year’s amount. If voters follow the pattern of late years and choose not to raise $40,000 as rebate for early-paid taxes paid, the increase will be $48,515.