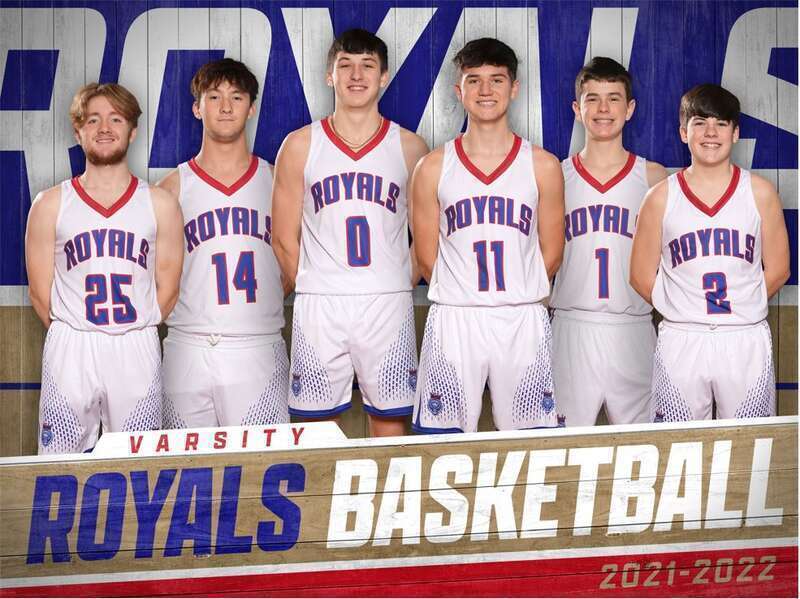 Six-player Royals team takes it all the way to Bangor

A trophy case inside the Jonesport-Beals High School holds 13 championship gold balls — three won by the girls’ basketball teams, and 10 won by the boys. The collection won’t expand this year, but boys’ basketball coach Skipper Alley says this team has a lot to be proud of. For one thing, there are only six of them, and they made it all the way to the regional playoffs.

“As far as I know, we’ve never had this small amount of kids,” said Alley, who has coached at J-BHS for seven years, and at the varsity level overall for 17. “There aren’t a lot of boys in the high school.”

The 2021-22 Royals are also a young team, with only one of the six players having previous experience at the varsity level. “And he was a freshman at the time,” said Alley.

In order to practice effectively, J-BHS alumni would join in the team’s practices, so they had enough players to scrimmage.

“I’m pretty close to the kids I’ve coached the last few years,” said Alley. “Some of them would come in nights and practice with us so we could do things. They’re very involved with the program they want to see it do well.”

This year’s Royals team was made of up two freshmen, a sophomore, two juniors, and a senior. As if a six-man team weren’t strenuous enough, the team played two of their games with only five players, due to sickness. Alley feels confident that most of his players will return next year and is optimistic about some incoming eighth-graders from the two local elementary schools.

“We didn’t play really well last night, we struggled in areas, but it was their first trip for most of them,” said Alley, who thinks playing in something on the scale of Cross Insurance Center takes some getting used to. “They didn’t give up, they played hard for 32 minutes, and Machias is really good.”

Overall, the Royals ended the season with a 9-11 record, including four games that were extremely close.

“As a coach, I’m extremely proud of them, they’re a resilient bunch,” said Alley, who coaches the boys with his own son, Matt Alley. “I think they’re overachievers, I think they exceeded everyone’s expectations this year. They’re a good group of boys, they’re good to coach, they’re easy to get along with.”