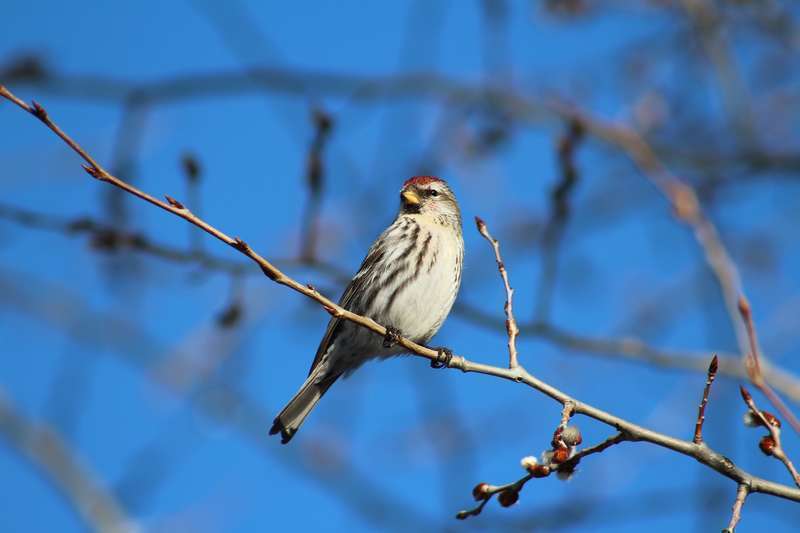 The Nature of Phenology: Winter birds 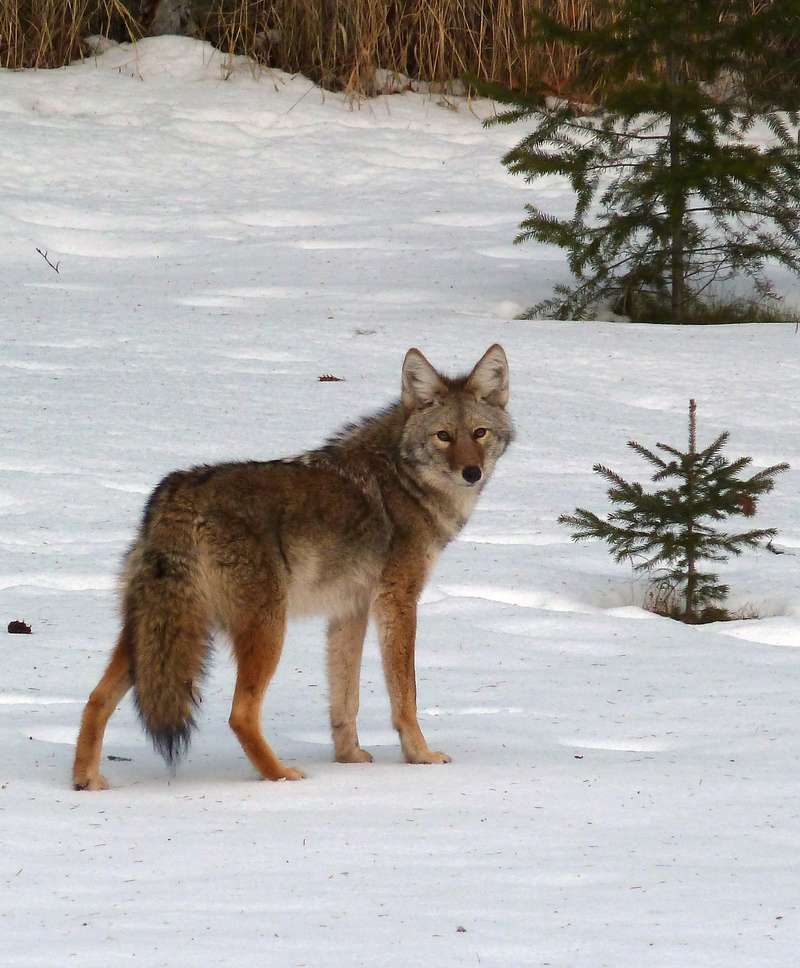 In Maine and in a number of Western states, ballot box biology continues unabated.

What is ballot box biology? Put simply, it is when well-intentioned but misguided animal rights activists use the democratic process to unilaterally impose wildlife management policies that rightfully should be left to professional wildlife biologists and policymakers. 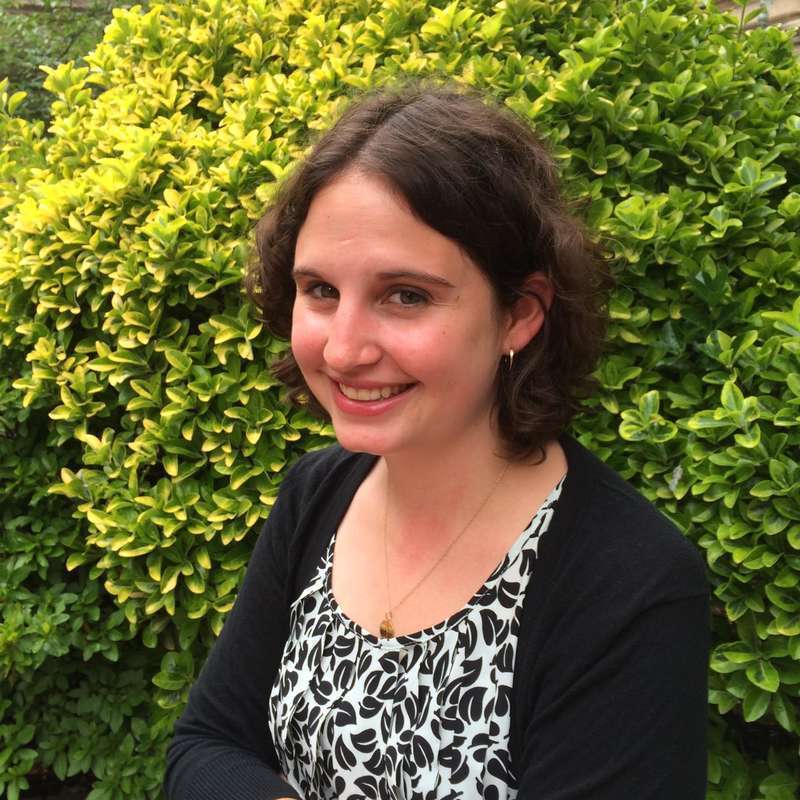 The Pembroke Historical Society will continue its popular Zoom history series on Wednesday, Feb. 24, with Dr. Mary T. Freeman presenting "Abolition and the Underground Railroad in Maine: Memory, Myth, and History." Dr. Freeman, who received her doctorate at Columbia University, is Assistant Professor of History at the University of Maine, in Orono, and Managing Editor for the Maine History journal, published by the Maine Historical Society.

Flushing 1776 down the Memory Hole

Elections have consequences, and President Biden has decided that one consequence of the election that shall not be questioned is the elevation of the “America is systemically racist” falsehood to holy writ. He has appropriately chosen former UN Ambassador Susan Rice to lead that charge. The execrable Ms.

Richard B. Uffelman has died in prison, according to the Maine Department of Corrections, which declined to give further details. He was roughly 74 years old.

In 1992, Uffelman was convicted in the murders of his neighbors, Michael and Florence Phillips on Aug. 29, 1989, in Machiasport. According to contemporary reports, the murders were recorded by a video camera the Phillipses had set up in their kitchen to record acts of harassment by Uffelman in a feud between the neighbors.

The Jonesport budget committee spent 90 minutes with the town’s selectmen January 27, considering their suggestions and preparing a spending plan to put before voters next month. The total came to $767,113 but included $40,000 for rebate on taxes paid early, a discount that has been consistently voted down at town meeting in recent years. 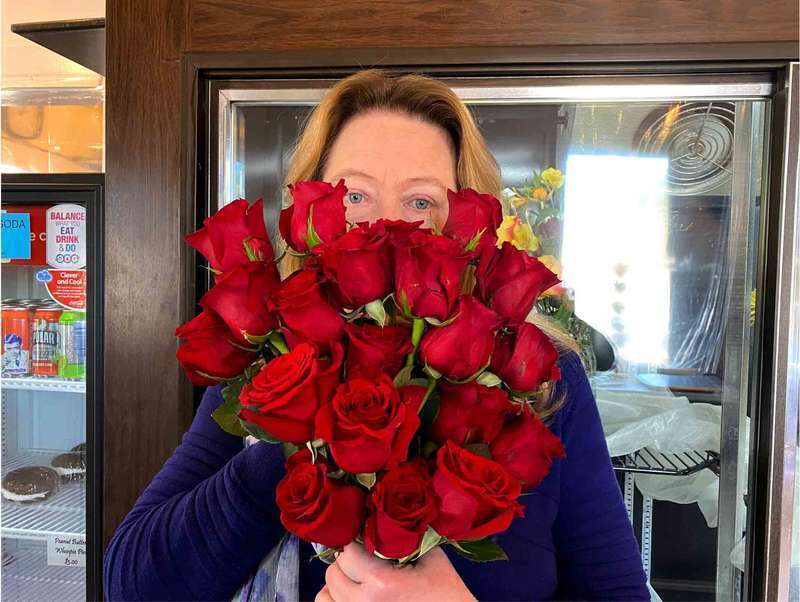 Expressions Floral prepares for busiest day of their year

Being the owner of a successful flower shop demands skills and careful planning. One of the events that puts those skills to the test is the influx of orders around holidays, especially for the busiest day of florist’s year — Valentine’s Day.

For years pioneering Susan Corbett has impressively furthered her dream of providing broadband access to rural Mainers, but in these crisis days of the pandemic, new and fertile territory is enhancing those goals.

The first took place when, one hour into the event, five new attendees entered the Zoom waiting room. No sooner did chairman Joshua Rolfe admit them into the public meeting than the young people launched into their version of a prank phone call. Rolfe was seen forbearing their often-lewd comments with a sigh while working to remove them from the meeting. 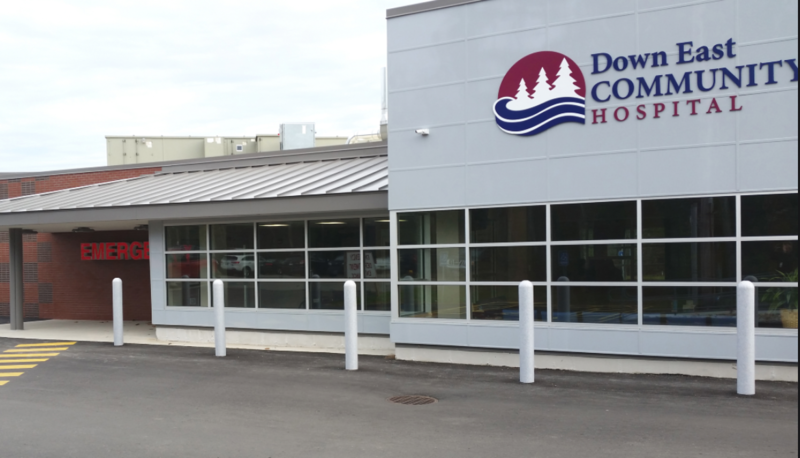 Down East Community Hospital today, Feb. 3,  released the following letter concerning online registration for the COVID-19 vaccine. The hospital urges residents to assist any elderly who might have difficulty registering online for the vaccine clinics, which will take place as vaccine doses are made available to the hospital.

Due to the volume of interest, the hospital is only taking vaccine registrations online, not via phone. 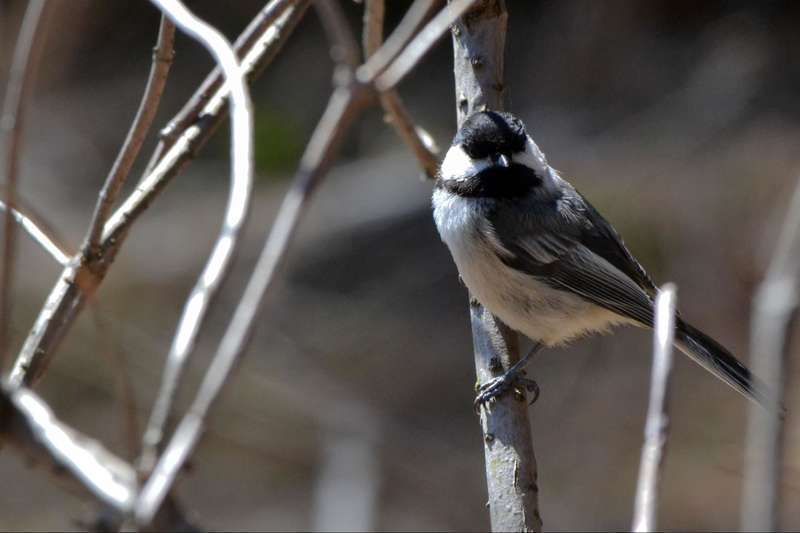 The Nature of Phenology: Chickadees in winter 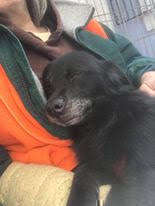 When Christian Dior showed up at our shelter, we were so happy to have him as ours until we could get him adopted to the right family. Unfortunately, one of the worst things that could happen occurred a few days later: Christian escaped. Even with all efforts, community engagement, and awareness, we could not seem to capture Christian and get him back to safety. This was just the beginning of our sleepless nights and colder weather. 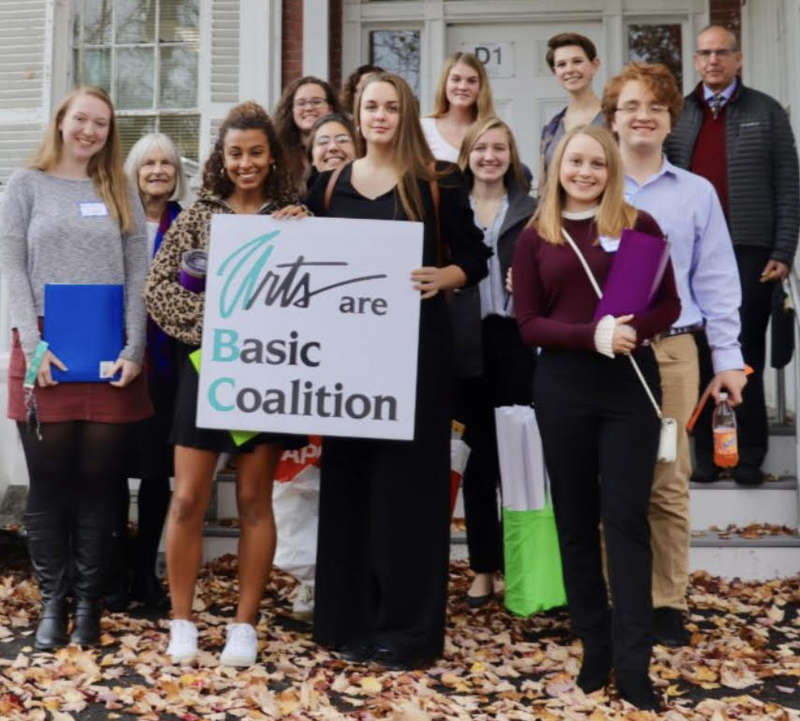 Arts students from two Washington County schools will head to Augusta — virtually — for an Arts Education Advocacy Day hosted by the Maine Alliance for Arts Education on Feb. 17. The event kicks off a 10-day session in which high school-aged teams from all over the state—including Kali Wallander (freshman), Eastport, and Tristan Seavey (junior) and Hailey Calder (senior), Calais—will meet with state legislators to discuss the importance of arts in their schools, and how they’ve fared during this unusual year for arts education. 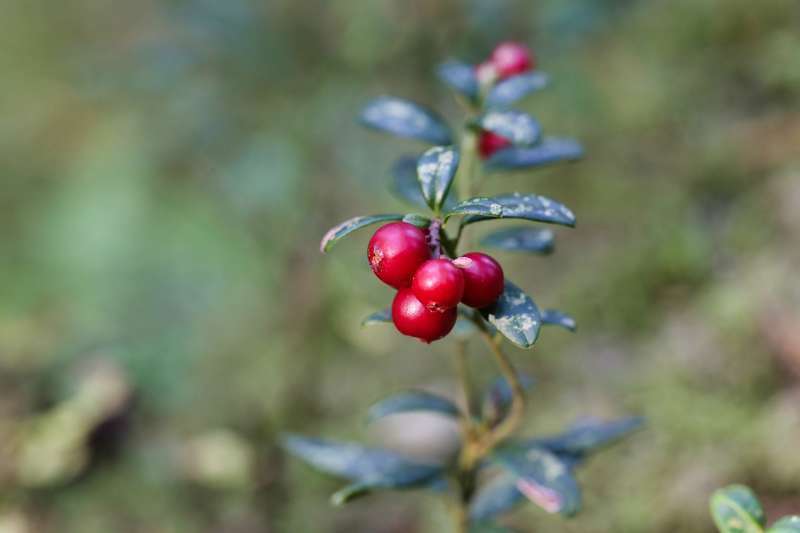 University of Maine Cooperative Extension and University of New Hampshire Extension will offer a webinar for home gardeners about edible native plants in the landscape from 6–7 p.m. Feb. 24.

“Nibbling on Natives in Your Backyard and Beyond” identifies more than two dozen species of native edible wild plants suitable for adding to backyard landscapes and supporting native pollinators. Russ Cohen, expert forager and author of “Wild Plants I Have Known … and Eaten,” will lead the workshop.

In honor of the late Alex Trebek and the endangered Republic

Truth, Justice and the American way- What is systemic racism?

Don’t tug on Superman’s Cape- What is White fragility?

White Supremacy and Extremism- What is rampant in the U.S. military amongst white males, according to our new Secretary of Defense.

All White people- What is racist?

Publicly disagreeing with progressive policy prescriptions or any BIPOC- What is racism?

Anti-Semitism- What is Black common sense? 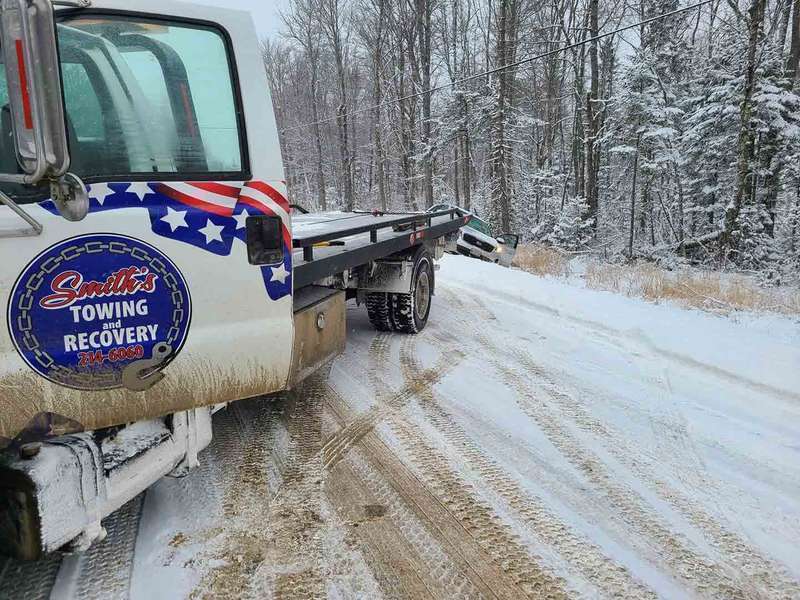 Motorists reminded of ‘Move Over’ law

Enacted in 2007, Maine’s “Move Over” law requires motorists to slow down to 20 miles per hour below the posted speed limit when encountering an emergency vehicle or public service vehicle stopped with flashing lights.  If possible, the law also requires drivers to move over at least one lane from the scene where the vehicle is working.  Drivers who fail to do so can face a fine of $326.

The Sunrise County Economic Council is organizing an inquiry into the creation of a National Heritage Area in eastern Maine. The move was prompted over a year ago by participants of the wild blueberry industry in Washington County, who envisioned the designation as both fitting for the unique, centuries-old existence of wild blueberries and, at the same time, capable of reviving the family farms that are in danger of going extinct because of pressure from the world of big business. 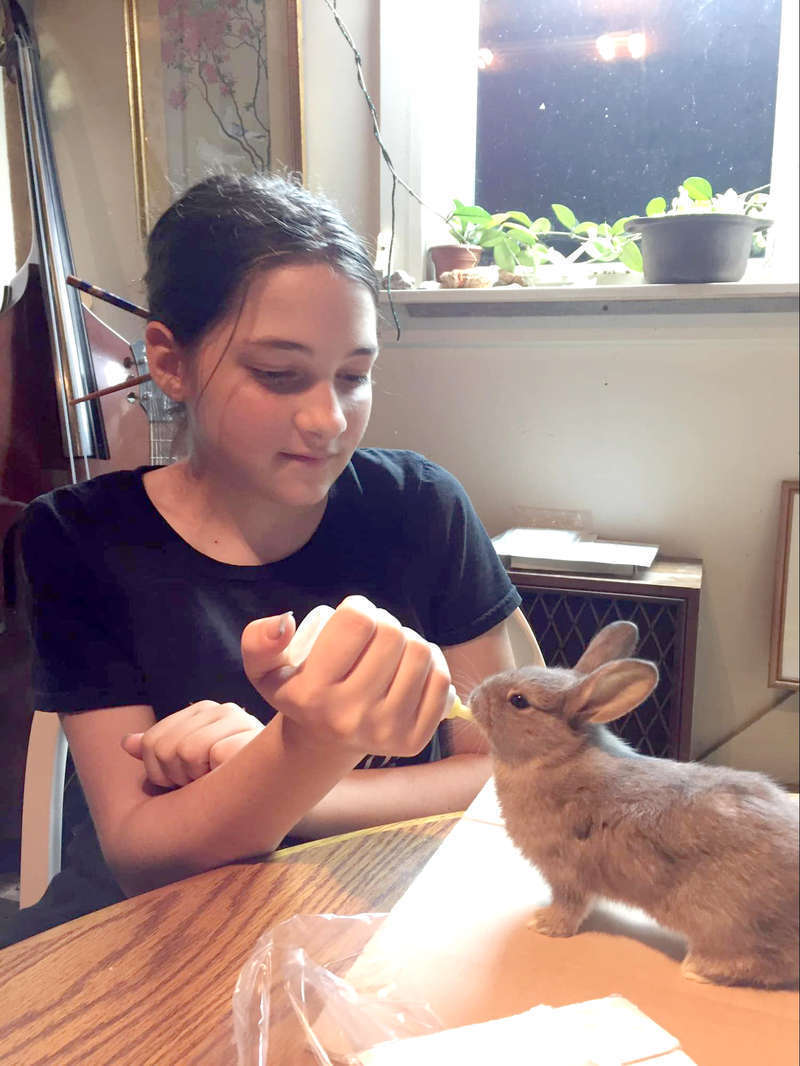 At her house, every day you can hear the cha-ching of an Etsy notification sounding on the phone when Grace Moore gets a new order. Moore’s business, Binkies Bunny Treats, was founded on her love of bunnies. She sells foraged organic rabbit treats from right here in Washington County, to rabbit owners all over the world.

Rural hospitals and providers have long struggled with national rules and responses that largely do not take into account the uniqueness of their daily battle for survival.

As the 21st century gains its toehold, issues like broadband expansion and complicated  technology have joined the chaos of a global pandemic and the closure of necessary hospital departments and specialties. 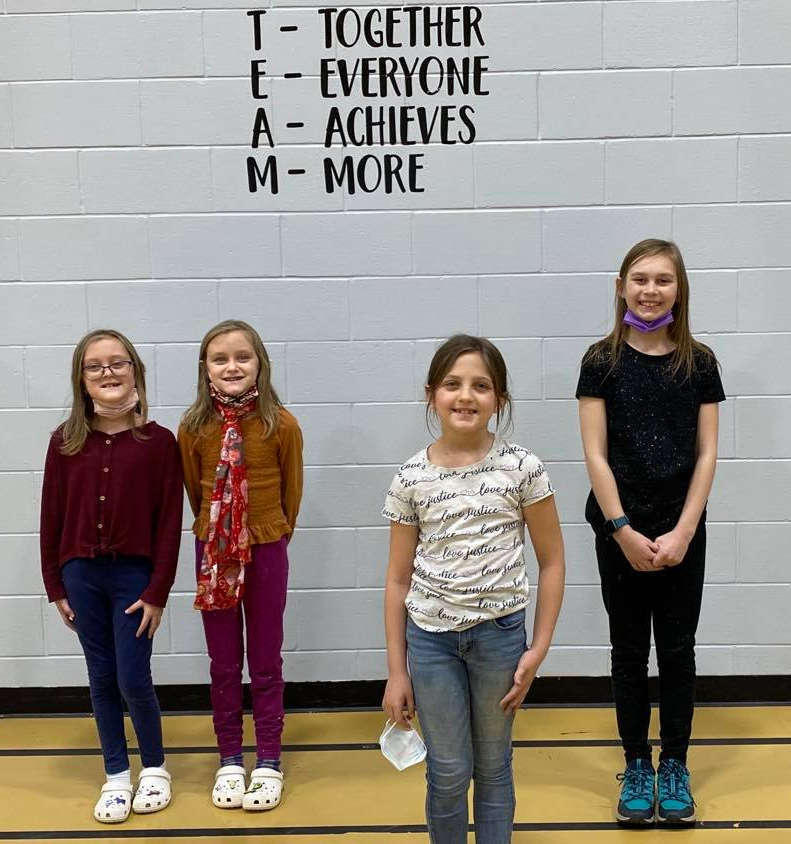 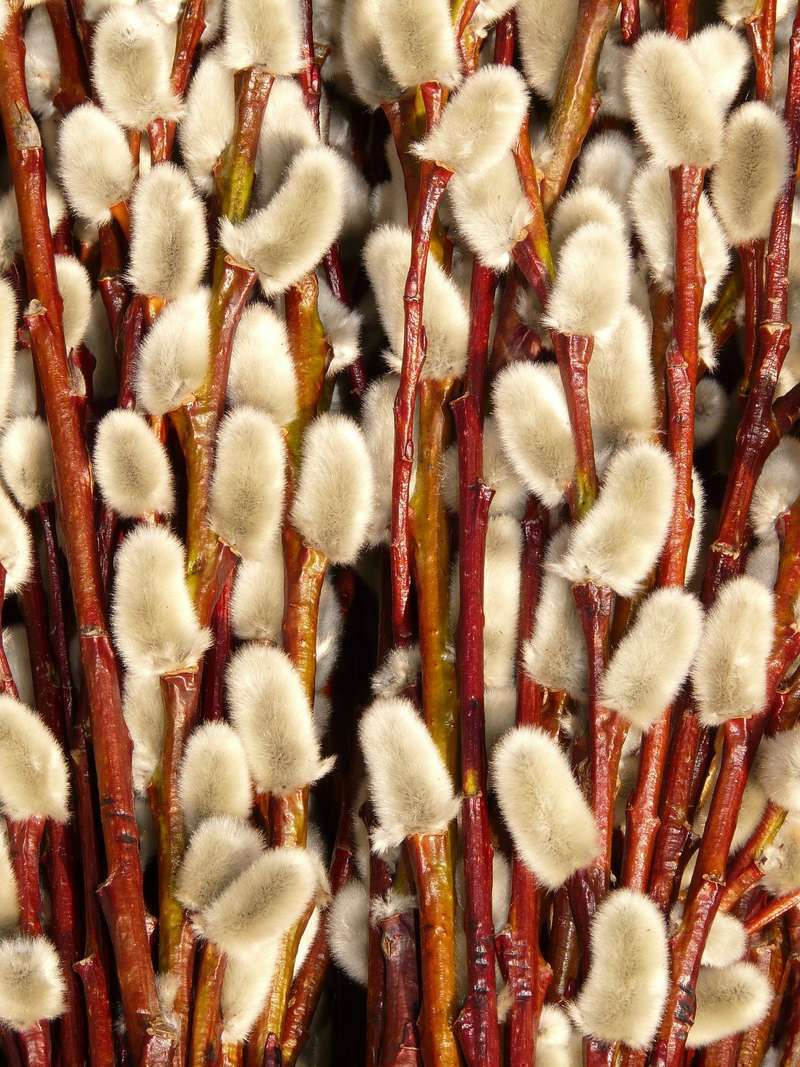 The Nature of Phenology: Stick bouquet

For decades Maine has openly recognized and profited from the economic engine of snowmobiling in Maine.

In 2010, sledding generated over $356 million in revenue, and over the past decade that bottom line has increased impressively. According to a new study by the University of Maine in conjunction with the Maine Snowmobile Association, snowmobiling brought $459 in direct spending to the state’s economy, supporting 2,279 jobs in the 2028-19 season.

Sadie Dunn is a mother of three who has been homeschooling for six years. She chose to homeschool her children because of their beliefs, she wanted to be close to her kids, able to tailor their education to each child’s strengths. When asked if COVID-19 has impacted the homeschool community, Dunn responded, “Yes and no.”

With only weeks to go before the Machias town budget season begins, a vacancy on the town’s three-person budget committee led to heated exchanges at a meeting of the selectboard held Wednesday, Feb. 10. 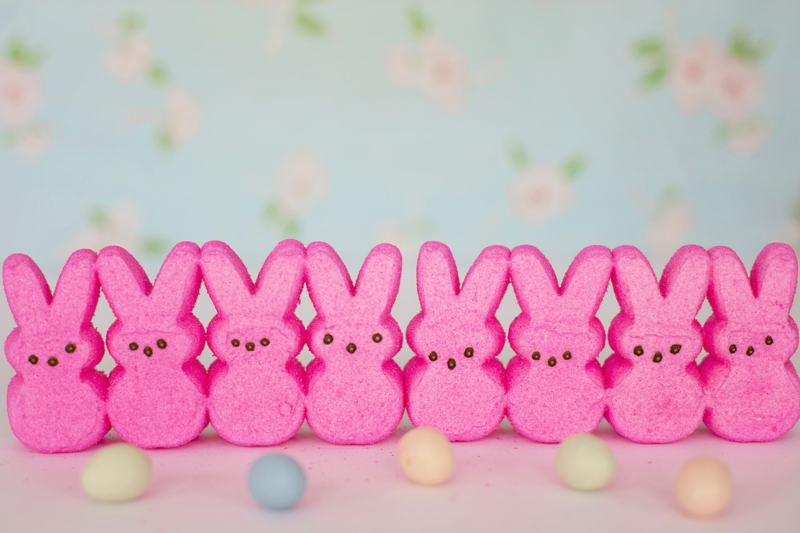 Are you a lover of the marshmallow treat Peeps?  Those sugary treats that used to be found in stores leading up to Easter have made their way to shelves for every holiday in recent years, it seems, except throughout the pandemic. 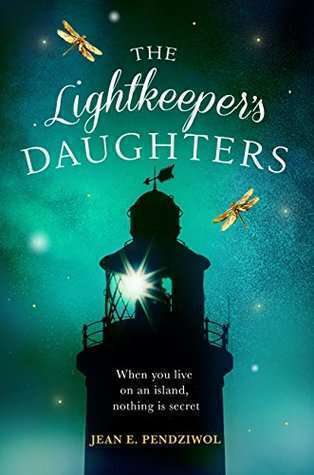 New on the shelf at Porter Memorial Library

Looking back in local history

The following excerpts about our region are taking from the Machias Union Paper, one of the grandfathers of the Machias Valley News Observer.

Daniel Worster and his sons, Ashiel and Zeno, own a small tract of land at Saco in Columbia. Gold-bearing quartz is supposed to exist there. Specimens of gold have already been picked up - one piece to the value of a dollar or more. 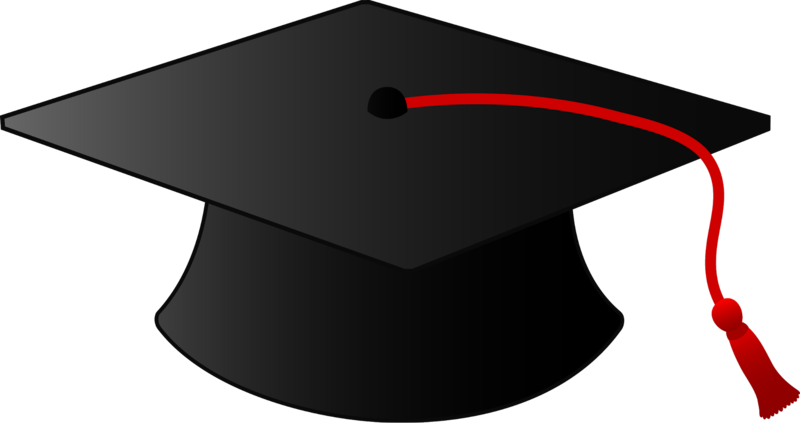 The Maine Community Foundation offers more than 650 scholarships that support students pursuing studies in music, journalism, teaching, horticulture, technology, the arts, and many other fields. The scholarships are available for students who attend secondary, post-secondary, and graduate schools, as well as non-traditional programs.

More than 200 bills related to the state’s growing elderly demographic are waiting for attention from the 130th Maine Legislature.

They represent a vast array of subject matter, ranging from excessive drug prices and expanding dental health coverage to improving access to bariatric care in nursing homes and the long-term impact of economic abuse. 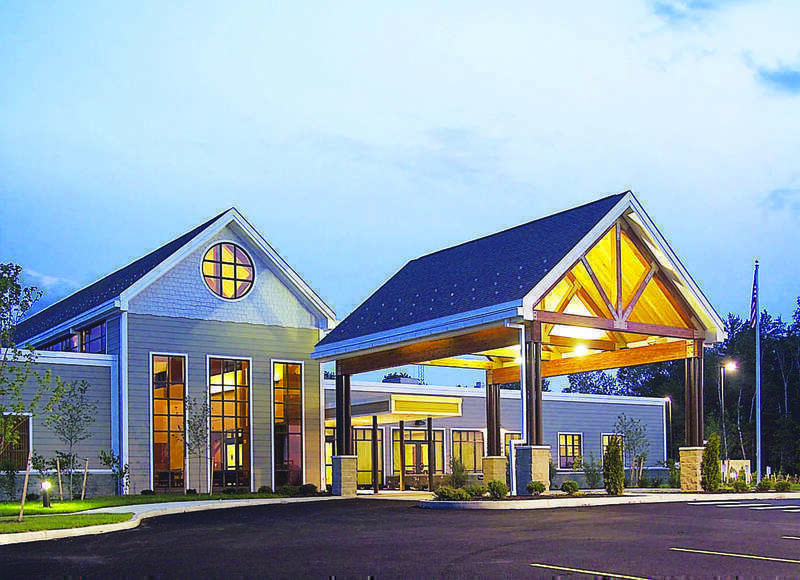 In a written statement issued Friday, Down East Community Hospital (DECH) announced its intention to “acquire substantially” the assets of Calais Regional Hospital and to continue its operation as a critical-access hospital.

DECH and CRH are the only two hospitals in Washington County. Both hospitals are the largest employers in their communities, CRH with 255 employees and DECH with 310.

For some, construction business booms as remote work opens doors

March will mark one year since the World Health Organization officially declared COVID-19 a pandemic and the United States entered a state of national emergency. Since then much of daily life as we knew it has changed, including, for many, where they call home. 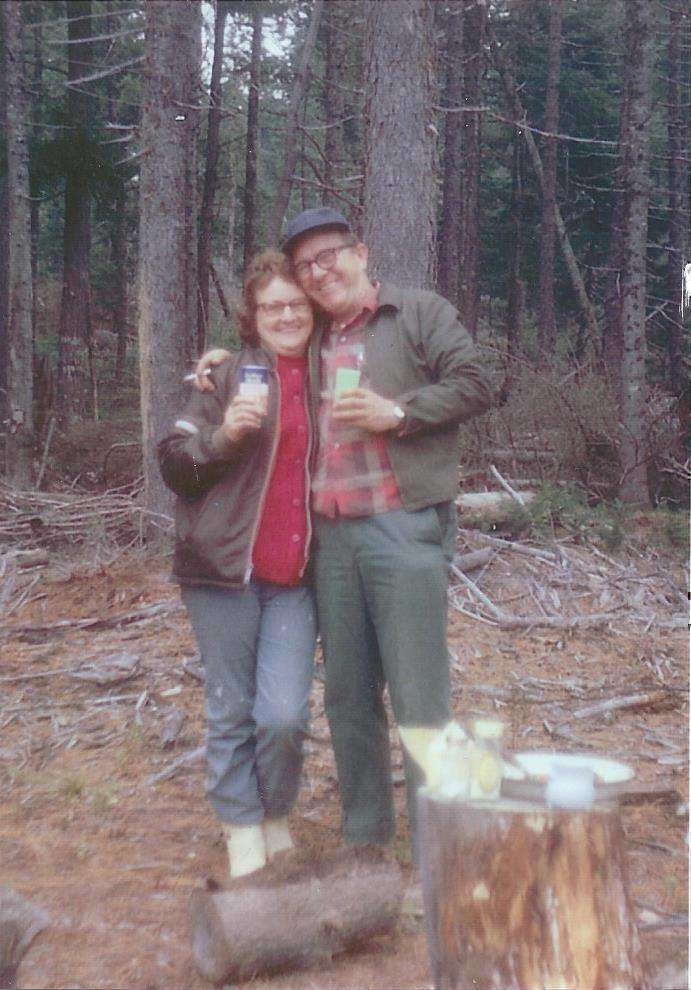 Reeves to be sentenced in Cherryfield murder

On Tuesday, Feb. 23, Carine Reeves will be sentenced for the murder of Sally Shaw whose body was found shot on the side of the road in Cherryfield in 2017. Shaw was 55 years old.

A jury convicted Reeves in Oct. 2020 after four hours of deliberation.

At the time of the murder, Maine State Police linked Shaw’s body with a black 2017 Chevrolet Impala found to have been in an accident at the intersection of routes 193 and 9, approximately 13 miles from where Shaw’s body was found. The car had been rented in Bangor. 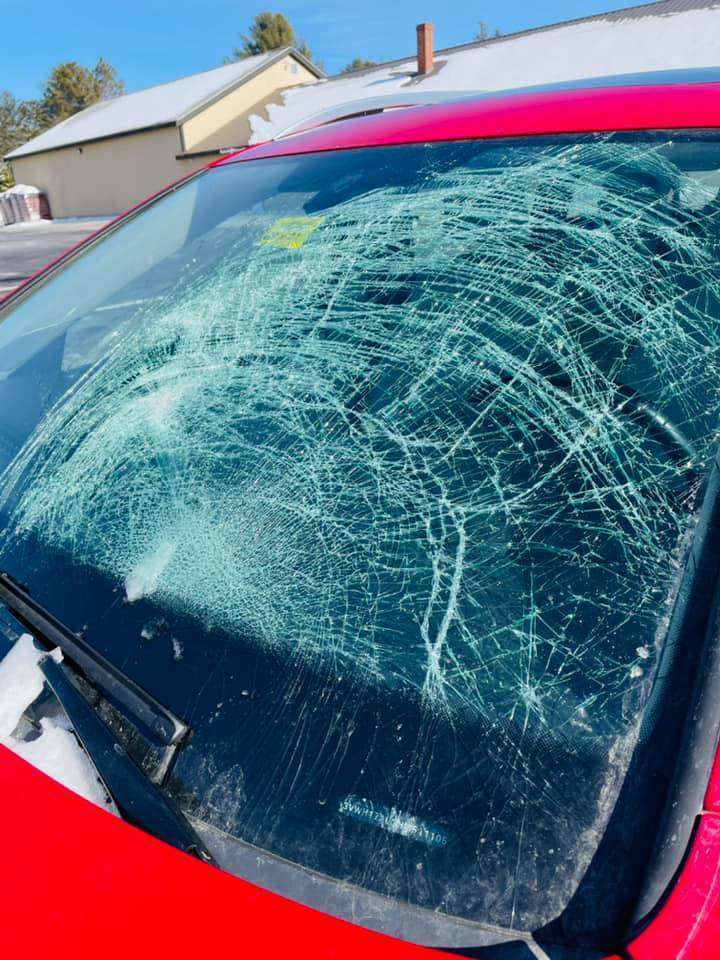 Motorists urged to clear snow for safety, and with courtesy

A photo of a windshield smashed by in Machias was one of many that spurred Rep. Dustin White (R-Kittery) to submit late legislation that would penalize drivers who do not clean their car roofs of ice and snow.

“I've never been one to try to legislate common sense, but unfortunately, there seems to be a small portion of our state that needs the threat of a financial penalty in order to take the time and effort to clean off their vehicles to protect surrounding motorists,” White said.

Last month a controversy erupted in Hancock County, fueled by left-wing media and the wokerati whose operational motto is “Obey or be canceled.” 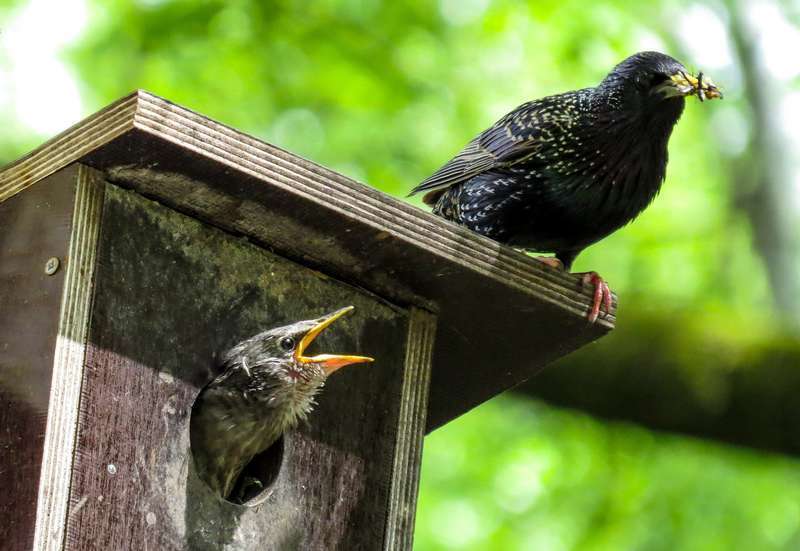 The Nature of Phenology: Nest boxes