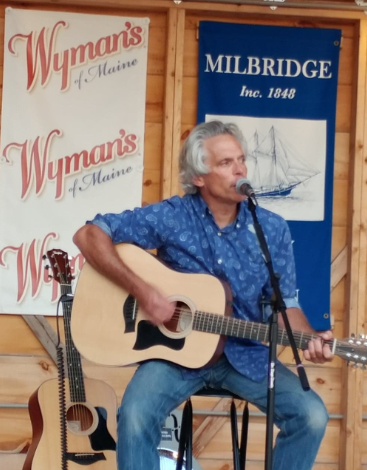 Frank Migliorelli brought his music to the Milbridge Theatre Outdoor Stage in one of the last concerts of the season. He wore a blue, long-sleeved shirt, blue jeans and cowboy boots. His gray hair was parted in the middle. The crowd was taking it in. Migliorelli talked to the crowd in between his songs. As the sun went down he took off his sunglasses and perched on a wooden stool, moving it around several times, just to get it right. He brought two guitars with him to play.

Out and about in Columbia

The Nature of Phenology: Milkweed in bloom
Quick search
Advertisement