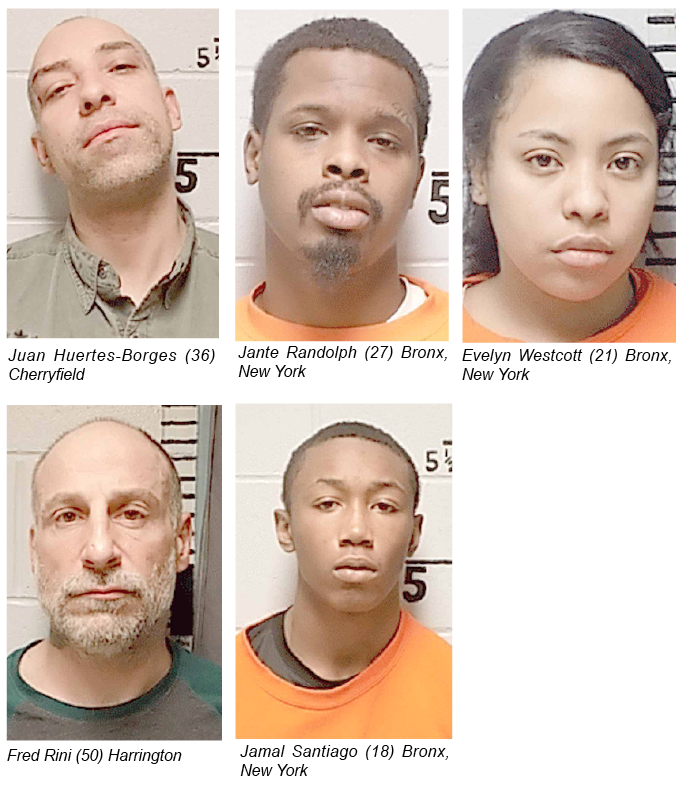 The Maine Drug Enforcement Agency (MDEA) says five people were arrested in Cherryfield early on the morning of Friday, Jan. 26 for selling crack cocaine and creating a police standoff. Three of those arrested are from the Bronx, New York.

The arrests came after drug agents obtained a search warrant for the home at 177 Tenan Lane. At the request of MDEA, the State Police Tactical Team also responded to the home and assisted with the arrests.

State valuation of Jonesport up slightly

It is a long established fact that a reader