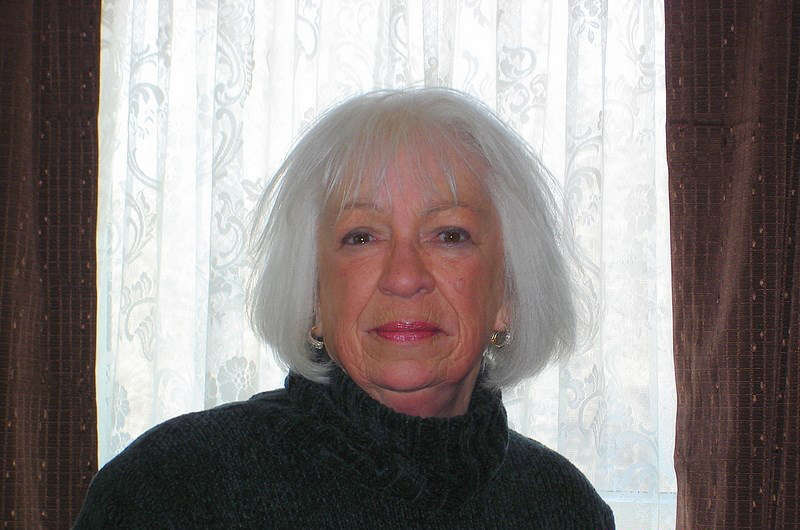 Laurea Ann, "Laurie" (Cates) Ingalls passed away at Northern Light Eastern Maine Medical Center on June 3, 2020, from complications following a heart attack.
Laurie was born December 16, 1945, in Boston, Massachusetts, to Mary Irene (Landry) Cates and Robert Palmer Cates of Boston.
She graduated from West Medford High School in 1964 and attended Cardinal Cushing College, a private, Catholic women's college in Brookline, Massachusetts.  Her faith anchored her life and she instilled its steadying influence in her children.
Laurie left college to marry and have a family. She often said that if she had it to do over, she'd still have her kids, but would have joined the Air Force and traveled the world.
Laurie spent the bulk of her career working for Union Trust Bank in Machias. When she retired, she spent several years as a cashier at Freshies On The Run in Machias. She took delight in both positions because they gave her access to the public. She liked being in the center of town and "getting to see everybody". In both jobs, Laurie was widely known and appreciated for her calm, kind demeanor, and warm smile.
Laurie remained an avid student until the end of her life. She made a point of taking accounting and business classes at the University of Maine at Machias to keep her mind active. She was a logophile and was particularly interested in history. When she wasn't taking a road trip to Ellsworth for mani/pedis and lunch with her friend, Sylvia Preston, she was watching historical documentaries. Laurie's most fond memories included childhood summers spent on Cape Cod with her cousins.
Her second husband, Harold Ingalls, was the love of her life. She greatly enjoyed and was proud to volunteer with the Ladies Auxiliary at American Legion Post #9 in Machias. Laurie loved to go dancing at the legion on Saturday nights with Harold and their friends.
Laurie took pride in being well put together and was known for her innate style and grace. She was a self-proclaimed "crazy animal lover" and would happily complain that her house was a "zoo" filled with rescue animals.
Laurie had a kind heart and a sharp wit. She was a class act who could tell a bawdy joke with the best of them.
Laurie is survived and will be greatly missed by her loving children and grandchildren, Karen Landry of East Machias, Maine, Stephen Beskalo of Boston, Massachusetts, Lois Marie Ingalls Lenfest, and husband Richard Lenfest of Green Lake, Maine and Stephen Beskalo, Jr. of Boston; as well as her sister, Mariann Funicella and husband, Dennis Funicella of Derry, New Hampshire; cousins, George Landry of San Marcos, Texas, Leslie Landry of Bonita Springs, Florida, and Timothy Taylor and wife Robin Taylor of Pittsfield, Massachusetts.
In keeping with Laurie's wishes, there will be no funeral services and memorial services will be private and at the convenience of family.
In lieu of flowers, donations may be made in her honor to the ARK Animal Shelter. https://thearkpets.org/

Taking wrestling outside the ring