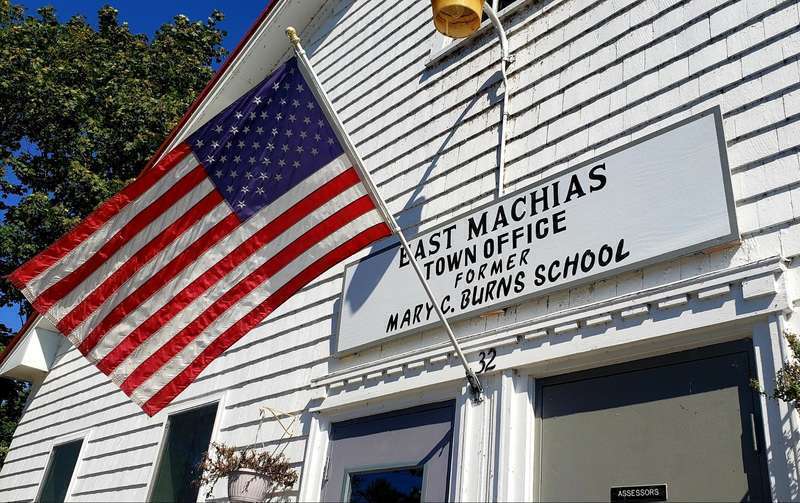 As their property tax bills arrived in the mail, East Machias residents began calling the town office asking what caused their taxes to go up this year. The town’s mill rate rose from 19.75 mills in 2019 to 25 mills for 2020.

The town’s overall tax commitment increased by roughly $400,000 for the coming year. A portion of the increase is attributable to reduced town revenues, in part due to a reduced withdrawal from the town’s excise surplus account. That account was drawn down by $275,000 in 2018-19 in order to reduce the tax commitment, and for 2019-20 the town withdrew $175,000, creating a $100,000 reduction in revenue over last year.

The town’s school subsidy revenues also declined $120,000 due to reduced enrollment (see below.)

Part of the tax commitment increase is due to a need to refill the town’s coffers. The town will collect $100,000 next year to replenish its road reserve account. Selectman Bucket Davis said that the town typically budgets to do road repairs every two years, but that the unpredictable nature of the repairs mean the town must keep a reserve.

“One thing you have to be careful on is your surplus,” said Davis. “You don't want to take everything out because you could have a disaster, and you can't raise money after the fact.”

The East Machias 2018-2019 Annual Report also shows increases of roughly $50,000 to its budgets, including $17,390 to the general government budget, and $37,500 for a property tax reassessment that will take place next year. The total cost for the reassessment is $75,000, the other half of which will be raised in the following tax year.

Selectman Will Tuell said that the now long-standing decrease in state revenue sharing has had a big impact on municipal coffers.

“With revenue sharing reduced, Washington County has lost $10 million since 2015, not including this year,” said Tuell. “That’s money that could have been used to build up local surpluses, keep property taxes somewhat level, provide services, or put into roads.”

Revenue sharing returns some of the state’s revenues from corporate, personal income and sales taxes to the municipalities. Governor LePage reduced the 5 percent program to 2 percent for the fiscal years of 2016-2019, and Governor Mills proposed an increase to 2.5 percent this year. In June, state lawmakers passed a budget that raised revenue sharing to 3 percent.

The school budget accounts for 1.71 of the town’s 5.25 mill rate increase.

A.O.S. 96 Superintendent Scott Porter said the school tax commitment increase of $152,593.88 is largely owing to decreased state subsidies due to a reduction in the school’s student population. According to Principal Tony Maker, Elm Street School enrollment has gradually dropped from roughly 205 students in recent years to 185 this year.

The school’s portion of the mill rate increase also includes a budget increase of $29,308.06. Superintendent Porter said that even with the budget increase, Elm Street is still one of the  most efficient primary schools in the state.

Selectman Will Tuell said that the state prefers that towns conduct a property revaluation every 10 years, but that the last time East Machias conducted one was 15 years ago. That did not create any issues until very recently, when the delta between the state’s valuation and town’s taxable valuation grew to more than 10 points. As of 2018, Maine calculated the value of East Machias at $89,750,000.

One advantage of the revaluation, said Tuell, is that East Machias residents will once again be able to take full advantage of the state’s homestead exemption. Currently, residents only have access to $17,600 of a possible $20,000 exemption, because the town’s taxed value is more than 10 percent away from agreement with the state valuation.

Though it is not yet known when the town’s revaluation will be complete, Tuell and Davis said they hope it is in time for residents to take advantage of Maine’s new $25,000 homestead exemption, set to take effect in 2020.

It was rumored that the new state law raising teacher salaries to $40,000 was the cause of the East Machias mill rate increase, but Porter clarified that the new law is not yet in effect and has no current bearing on town budgets.

However, at this time it is presumed that municipalities will carry the weight of the increase after the three-year period ends.

“At that point, towns are on their own. That’s the fear that we have,” said Porter. “How are we going to be able to sustain it?”

Two popular state programs offer some partial relief from property taxes to Maine residents. More information on these and other programs may be found at www.maine.gov/revenue/propertytax/sidebar/exemptions.

Any Maine resident may apply for a homestead exemption on their permanent residence that they have owned for at least 12 months. Currently the state’s homestead exemption amount is set at $20,000. It will rise to $25,000 in 2020. To receive the exemption, the homeowner(s) must complete a form at their town office by April 1.