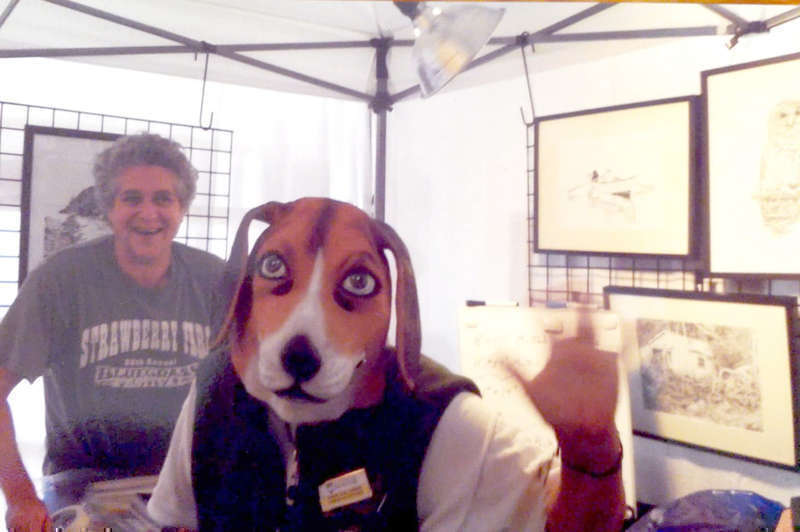 The Grand Lake Stream Festival the weekend of the 28th and 29th of July was a blast.  I had a great time meeting new friends and seeing old friends that came to the festival.

Sandy and Steve Copel-Parsons from Little Seavey Lake in Wesley were our neighbors in their booth, The Sleeping Dog Studio. They kept people laughing and talking by wearing a dog head mask at times. They even had a golden retriever barking at the dog head when it was sitting on a table. What fun even though it was very hot.  Lots of people had fans in their booths.