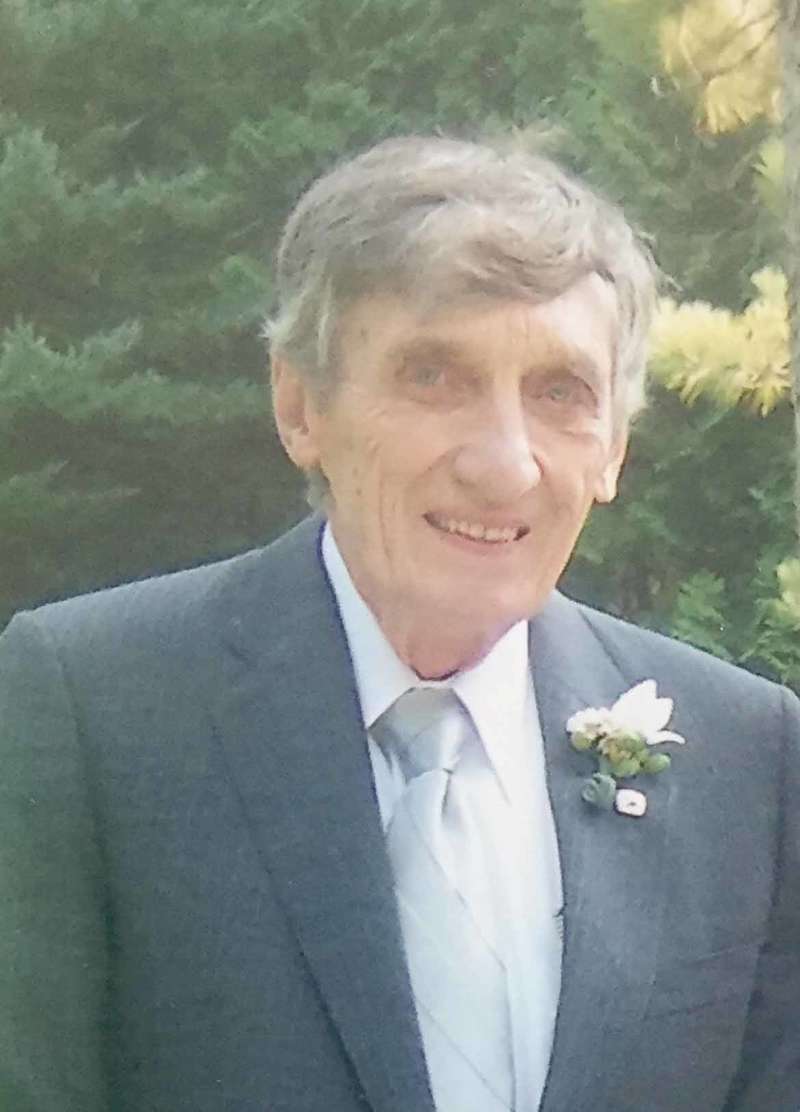 Philip Richard Dodge, 92, of Machias, passed away on Easter morning, April 1, 2018, attended by his wife, Dolores and the supportive staff at Marshall Healthcare in Machias. He was born on January 16, 1926 on Fremont Street in Machias, on what was then known as Dodge Hill.

Phil graduated as valedictorian in 1943 from Machias High School. During his senior year, he enlisted in the United States Army, joining Company D of the Engineering Battalion at Ft. Belvoir after his graduation. He served as a combat engineer in the 731st Engineering Depot Company in both the European and Pacific theaters during World War II. He was awarded several medals, including the European-African-Middle Eastern Campaign Medal with two bronze stars, for meritorious service in a combat zone.

Upon his return to Maine, Phil met and courted Dolores Elizabeth Manship. They married on June 25, 1949. They had three sons, David, Robert and John.

After the war Phil resumed his career in the Postal Service, where he had worked part-time during high school. He started as a substitute carrier and clerk in the Machias office. That career spanned 42 years of dedicated service, during which he was promoted regularly, serving as Assistant Postmaster in Machias and Officer in Charge of various Hancock and Washington County offices. He also traveled across New England as a trainer and efficiency expert within the Postal Service. He was installed as Postmaster of the Machias office in 1981 and retired in 1987. Early in his postal career Phil attempted to supplement his income as an encyclopedia salesman and bottled water distributor, but ultimately found his talents best suited to support of Article I, Section 8, Clause 7 of the United States Constitution.

Phil was active in the Holy Name Parish for many years, serving in various leadership capacities and the Knights of Columbus. He enjoyed hunting, carpentry, gardening (to an extent) and puttering around his home and property in Northfield. By far his favorite pastime was being with his family and friends, for whom he was a mentor, supporter and rock. Phil loved hosting family and friends at his beloved Bog Lake, where he became famous for his elegant and inspiring bean hole beans. He taught several generations how to fish, and every generation how to be kind to others. He compiled an impressive family genealogy and was an early adopter of computer technology, which delighted and frustrated him equally.

Phil is survived by his wife Dolores, sons David, Robert (Carol) and John (Mary), his brother-in-law James Manship and wife Nancy, as well as his grandchildren Elizabeth, Heather (Roth), Emily, Adrienne (Horty) and Abigail, and great-grandchildren Connor and Eva Dodge, Parker and Grayson Roth, and Desmond and Arden Horty.

Phil’s life was celebrated in a Mass of Christian Burial at Holy Name Church in Machias on April 6.

Condolences and memories may be shared at www.mcclurefamilyfuneral.com