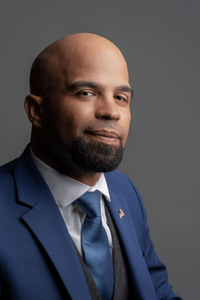 October is my favorite month, for fall colors and garden harvest. October is also a horrible month, for spin-doctor shenanigans, media malpractice, political Pinocchios and partisan derangement. In one sense, the only thing surprising about October surprises is how unsurprising they really are. Usually, the nightmare mercifully ends shortly after Halloween with the election and a decision. In this annus horribilus of 2020, that seems unlikely.

To open the October festivities, the media and former Vice-President Biden, having consistently misreported and mischaracterized (lying is such an ugly word) what the president actually said about the Charlottesville white supremacists, doubled down with additional fake news about the Proud Boys, a group led by Enrique Taro, a 30-something Black Latino male. As we all know from Critical Race Theory and BLM, Blacks cannot be racist. Of course, the media eagerly reported that Kamala Harris called the presidents’ comments “A dog whistle with a bullhorn,” and the execrable Charles Schumer called him “a national disgrace.”

At the same time, the media, having consistently misreported and mischaracterized (lying is such an ugly word) the rioting, arson and destruction of American cities by BLM, Antifa and Biden voters as “mostly peaceful protests”, received  the following “guidance” to stop using the term “riot” from the Associated Press Style Book:

“Use care in deciding which term best applies: A riot is a wild or violent disturbance of the peace involving a group of people. The term riot suggests uncontrolled chaos and pandemonium.

Focusing on rioting and property destruction rather than underlying grievance has been used in the past to stigmatize broad swaths of people protesting against lynching, police brutality or for racial justice, going back to the urban uprisings of the 1960s.

Unrest is a vaguer, milder and less emotional term for a condition of angry discontent and protests verging on revolt.

Protest and demonstration refer to specific actions such as marches, sit-ins, rallies or other actions meant to register dissent. They can be legal or illegal, organized or spontaneous, peaceful or violent, and involve any number of people.

Revolt and uprising both suggest a broader political dimension or civil upheavals, a sustained period of protests or unrest against powerful groups or governing systems.”

Our media Ministry of Truth masters will no doubt comply and the terms “riot”, “arson” and “looting” will never again be seen in conjunction with BIPOC (Black, Indigenous and People of Color), BLM, Antifa or Biden voters. The terms will be prominent when white males and Trump voters are covered.

Just to add to Octoberfest, a 1 a.m. Friday, Oct. 2 Presidential tweet revealed that the President and First Lady have tested positive for COVID-19 and were commencing a quarantine. What that means for the campaign and next scheduled debate (Oct 15) is unknown, but it will no doubt be used to argue that: It’s Trump’s fault for mismanaging the Pandemic; Amy Coney Barrett’s confirmation should be opposed/delayed; Voters should either support Biden or not vote for Trump; Trump is a racist Russian tool; Biden should not debate the president again; and Orange man bad.

Jon Reisman is an associate professor of economics and public policy at the University of Maine at Machias. His views are his own. Mr. Reisman welcomes comments as letters to the editor here or to him directly via email at [email protected]