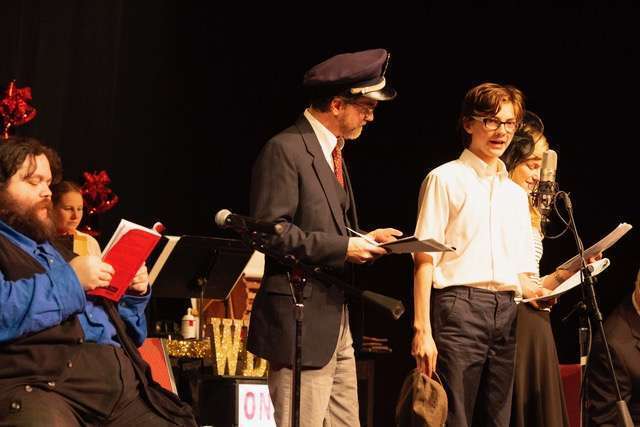 With a swift rehearsal period of just one month, and only Saturday afternoons for the first three weeks, Stage East’s It’s A Wonderful Life: A Live Radio Play was a chance for a group of 20 performers to participate, without a production’s usual staggering time commitment, in a crowd-pleasing holiday tale. Several of the cast were new to the stage, including Don Bailey, who played the villain of the piece—Henry F. Potter—as well as the angel, Joseph, and several other small roles, and helped with the sound effects.