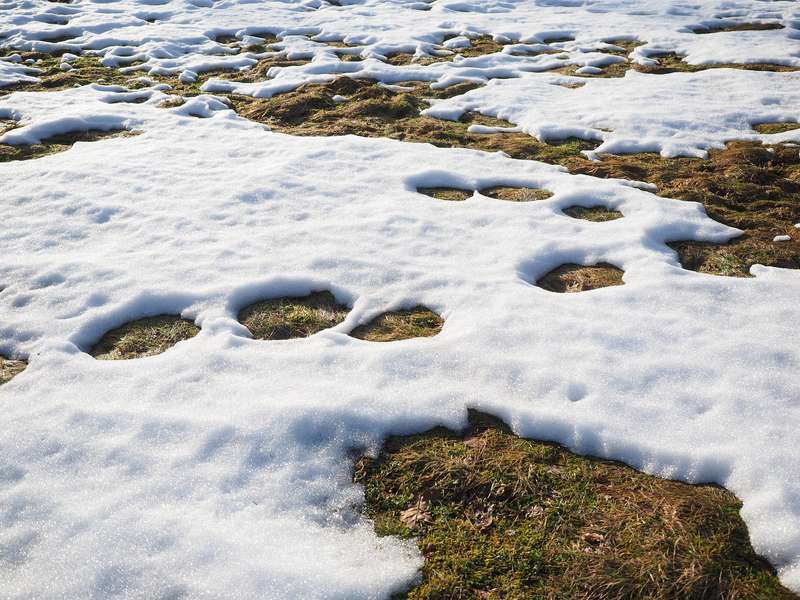 The anomalous departure from the temperature norm, when it happens, usually occurs around the third week of January, and is called the “January Thaw.” Photo courtesy Pixabay

The Nature of Phenology: What exactly is the ‘January thaw’?

There is a brief moment just before the winter solstice when I feel a slight pang of loss when I realize the days are about to get longer again. Right after we change the clocks in November and early darkness comes suddenly, I dread the early darkness. But before long, I get used to early nights spent next to the woodstove and appreciating clear, star-filled night skies again. That early darkness slows things down for me, which is a welcome change of pace after a fall full of putting up the garden’s bounty, doing last-minute outdoor projects before the snow falls, and trying to take advantage of every last warm ray of sunshine before I know I may go six months without it. But come December, I become used to that early darkness and welcome the sense of reflection and calm that it offers. So when January comes and the daylight hours are noticeably more plentiful, the pace of things seems to tick up again—especially during the January thaw.

A January thaw occurs when the outside temperature increases somewhat suddenly compared to the usual temperatures in the surrounding weeks. Depending on how far north you live, this increase in temperature may not actually go above freezing and cause a thaw, but the occurrence holds onto the name “January thaw” nonetheless.

Interestingly, the January thaw is still cloaked in scientific mystery. It is described as a “singularity,” meaning that this recurring change from usual temperatures on a particular range of dates happens at least 50 percent of the time — more often than chance would allow. This anomalous departure from the temperature norm, when it happens, usually occurs around the third week of January. But despite the fact that the January thaw occurs with just enough frequency that we know it can’t just be random, scientists are still not confident about why it happens when it does. There are many explanations out there, but none with enough statistical significance to satisfy our understanding of this well-known weather anomaly.

When I rate the quality of a winter season, my scale is perfectly correlated with the quality of ice skating, cross-country skiing, and/or snowshoeing conditions throughout the winter. As a person who loves winter thanks to the outdoor recreational pursuits it can offer, I find the January thaw to be a bummer when it wipes out ideal snow and ice conditions. But if I’m lucky, it can also serve as a sort of winter reset button, as one of the patterns with a January thaw is that it is usually accompanied by a sudden decrease of temperature afterward. This can mean that ice skating conditions can get good again before another snowstorm puts a blanket on the possibility of skating.

However, I will admit that it does always feel good to go outside adorned in slightly fewer bulky layers for a few days in January to absorb as much solar radiation as I can. Evergreen plants do the same thing. That chlorophyll lingering in the leaves of spruces, firs, and pines doesn’t get put to much use during the winter, but with increased sunshine and warmer temperatures like we can get during the January thaw, they can benefit from a little extra photosynthesis, helping them stock up on sugars for later.

Sure, pastimes like sledding and skiing are best with thick and fluffy snow, but January thaws are as regular an occurrence as especially good apple or maple syrup years in New England. Just as the evergreens do, we can take advantage of milder weather by exploring a trail that may become easier to hike on, or simply looking for ways that other species take advantage of the warmer weather.

The author lives year-round in Washington County, is Co-Founder of Maine Outdoor School, L3C, and is a Registered Maine Guide. She volunteers to co-produce The Nature of Phenology for WERU-FM with Joseph Horn. This piece is an excerpt from that weekly 5-minute radio program, which airs on 89.9FM near Blue Hill or streaming at weru.org at 8:30 on Saturday mornings. To learn more, read, listen to past episodes, or subscribe as a podcast, visit thenatureofphenology.wordpress.com. Hazel can be reached by emailing naturephenology@gmail.com.

‘Not again!’ cries Ever Given captain, now lodged in Machias River