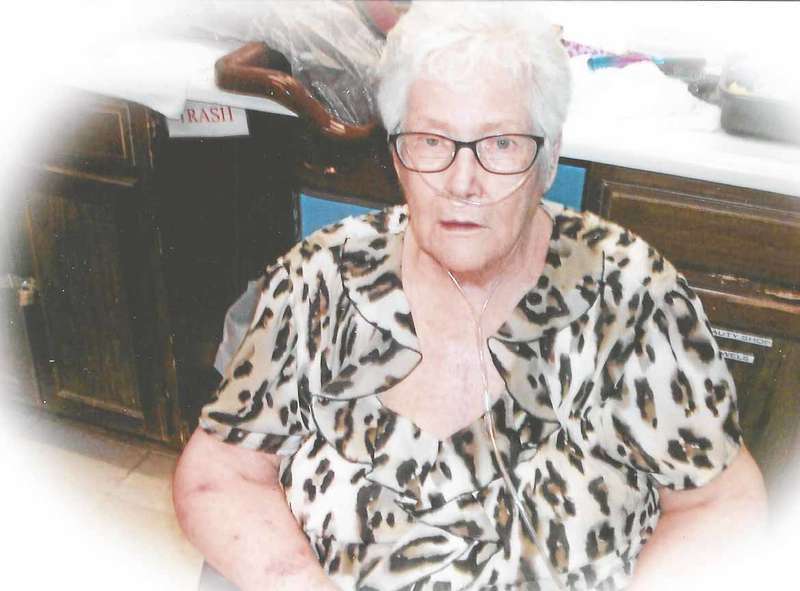 Nalda Jean Bergeron, 79,  passed away peacefully on July 8, 2017 at the Marshall Health Care Facility in Machias. She was born in Lawton, Oklahoma on May 22, 1938, the daughter of James and Dorothy (Gilpin) Littrell.

Nalda graduated from Bluemound High School. She married and raised four children with her husband, Richard. She worked for Woman Kind for a few years. She liked to read, and walk the Bold Coast Trail. She enjoyed ball games with her kids. She liked going out to eat, shopping, and going to the movies with her daughter. She was also a member of the Cutler Methodist Church.

Nalda is survived by her husband of 57 years, Richard E. Bergeron, her children; Richard “Rick” K. Bergeron and wife Stephanie, Marcia Farley and husband Dalton, James Bergeron and wife Ali, and Nick Bergeron and wife Rachael. She leaves behind her brothers Lee and Bobby Littrel, her sisters Nonie McQuay, and Joanne Smithers, and her grandchildren; Christopher, Christi, Charlotte, and Haley, as well as many great grandchildren, nieces, nephews, cousins, and her very special friend, Ruth Farris.

In addition to her parents she was predeceased by a brother Charlie Litrell.

Shortage of workers in the state results from COVID-19, plus an aging population