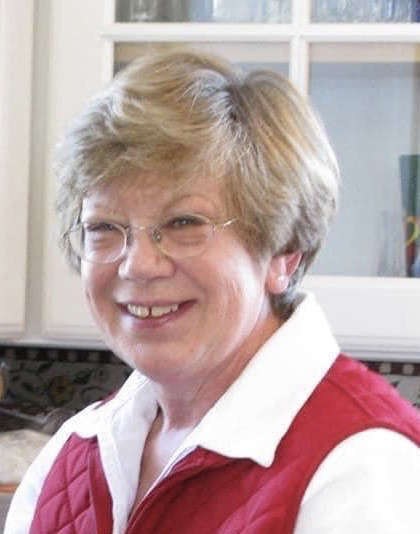 Maureen was at home with her family and friends, as she wanted. The courage and strength to beat an incurable disease proved true. The battles were accepted as a challenge for life.

Moe always strived for the best endings of success for everybody in her life. She was very talented and mysteriously clever.

Maureen was born in Bar Harbor and grew up in Sullivan. She remained there during her childhood years. Later, her family moved to Springvale, where she attended Sanford High School. Maureen loved music and played in the band. Her family and friends were molded and made with love.

Maureen attended the University of Maine at Machias in 1971. Her goal was to become a teacher. UMM was the leader in Teaching Education with role models like "Deke" Reynolds, the President of UMM and Bill Robinson's normal school experience. Maureen soon became a leader in her field. The art of teaching others to learn became her life.

In 1975 she married Richard "Dick" Smith. For 45 years they enjoyed working with students and learned how families work. Her love of family was her dream. Her dream came true on July 22, 1978, when Chad R. Smith was born.

Maureen wishes success to all her friends and family. Life is God's work. Enjoy each other. Maureen was a leader. She started teaching at Jonesboro Elementary School. A handful of years later she taught at Rose M. Gaffney School. Her expertise and skill became obvious. Grades 3-4 were important to her. She once said, "Teach a child to enjoy reading and they will read for life." Reading was her specialty.

After retirement from 38 years of teaching, she found her dream. She started tutoring all levels of kids at the Machias Valley Christian School. No rest for those who need to teach.

Maureen taught at MVCS until her efforts could no longer help. She found her love again, forever. Her efforts will be with God's children. Maureen's mom, Clara, once attended school at the Hemmenway Annex Building, now MVCS. The Smith family will be supporting the Education Program of MVCS with reading materials for the library, school supplies and support for a perfect dream.

Maureen is predeceased by her parents, William E. Dow and Clara L. Dow Hill; and her brother, Wayne E. Dow of California. She is survived by her sister, Donna Walker, Tommy Walker of Auburn; an uncle, Donald Hill and Anne Hill of Palmyra; an aunt, Frances Anne Dow of Kennebec; as well as lots of nieces, nephews, friends and best friend, Judy Hanscom of Machias. Maureen had the best support community ever. She will be missed by all.

Memorial services and burial will be held at a later time.