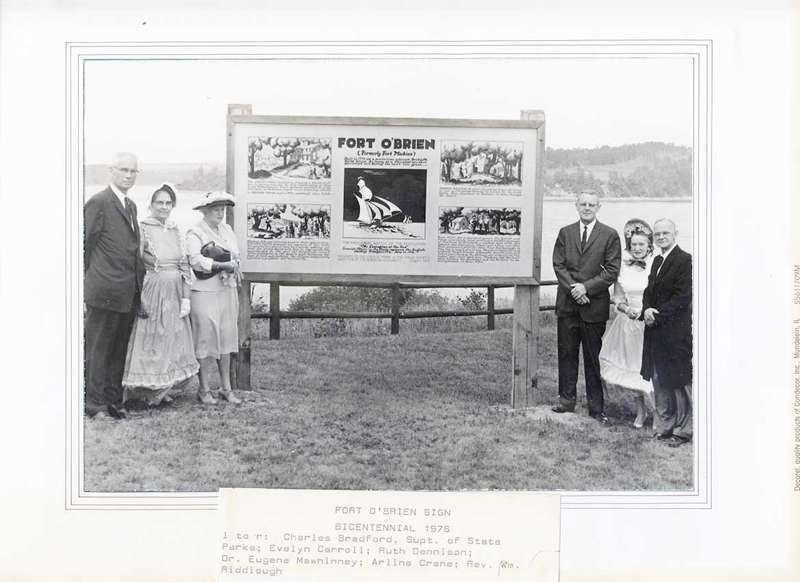 Last Saturday morning the town of Machiasport celebrated the return of a Civil War cannon with speeches, song, and cake. The cannon was returned to the Fort O’Brien historic site earlier in 2017.

The 1862 bronze “Napoleon” cannon, so named for its widespread use during the Napoleonic wars, may or may not be original to the civil war-era Fort Machias, but according to the Machiasport Historical Society, was on site by the time of World War II.