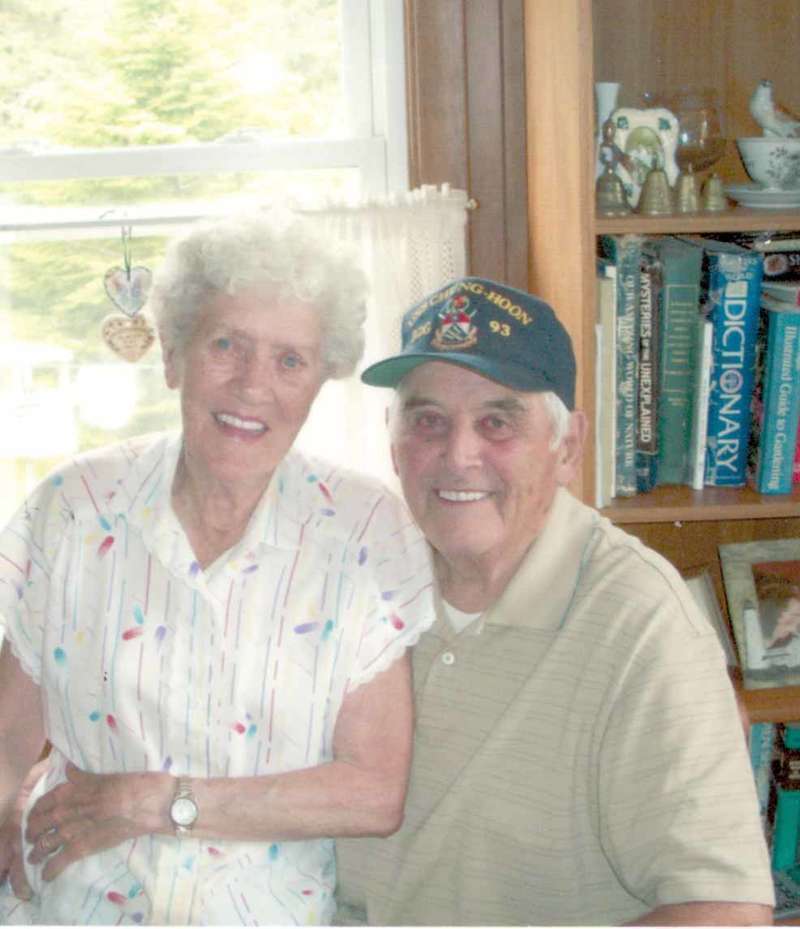 Ken was born on Cape Split, Addison, Maine on November 7, 1921 to William and Susie (Wass) Thompson.  He was one of six children.

Ken joined the US Coast Guard in New York City on December 2, 1940 serving on the battleship USS Wakefield which took him to Africa, India, Singapore and New Zealand, then back to Ireland and Scotland.  The Wakefield was sabotaged on the return to New York City.  They were rescued by a cruiser, the USS Brooklyn.  Ken left the Navy Base in Brooklyn on the frigate, El Paso, to Panama City, Pearl Harbor and the Philippines.  He left there on the USS Ticonderoga Aircraft Carrier to the west coast of the U.S. returning to New York City by train.

Ken married the love of his life, Genevieve Wilt, in New York City on January 1, 1943.  They had two children, Kenneth and Joy, and lived there eight years before moving to Flemington, New Jersey.  Ken had his own oil burner service in Flemington before moving the business and Gen to Cape Split in October, 1973.  After retiring from that business, Ken began lobster fishing which was his true passion. After retiring his boat, the “Genevieve” , he continued as sternman for his brother, Billy, until the age of 90.

Ken was predeceased by Gen, his wife of 69 years; his parents; and three brothers, Harry, Allen, Justin; and sister, “Wannie” Grant.

He is survived by his son, Kenneth Thompson and wife Debbie; his daughter, Joy and husband Peter Leach, all of Flemington;  three grandchildren and six great-grandchildren, Deanne Clemente, husband Brian and sons Tyler and Carson of Easton, Pennsylvania; Brian Thompson, wife Donna and daughters, Nicole and Brandy of Brodheadsville, Pennsylvania; Shaun Thompson and fiancée Tracy of Portsmouth, Rhode Island and his children Emily and Michael; sister-in-law Anita Kelly of Flemington; and brother, Billy Thompson of Cape Split, Addison; and many nieces and nephews, all who loved him dearly.

Home services will be held Saturday, June 9, with refreshments and memory time to follow at the Cape Split Chapel.

An afternoon of viola and guitar