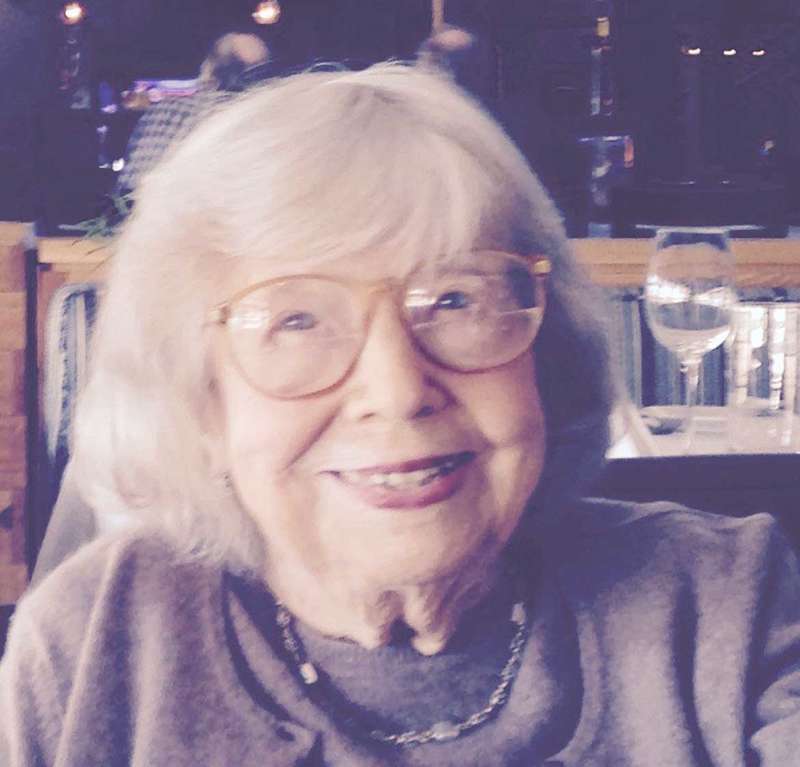 Juanita Brooks Stephens, born November 25, 1918, passed away January 27, 2018, at the Mid Coast Hospital in Brunswick, Maine. The cause was pneumonia.

Juanita Stephens had lived in Machias with her husband James since 1996. After he died of Alzheimer’s in 2000, she stayed in their early 1900’s Victorian-style house where she painted in her studio until her health started declining last year. While living in Maine, she exhibited in art shows in Eastport and Machias, and one of her still-lifes hangs in the vestibule of the Centre Street Congregational Church.

Prior to moving to Maine, Juanita and James (also known as Steve) lived in various places, including Niagara-on-the-Lake, Ontario and   Swarthmore Pennsylvania, where they had raised their daughters, Suzanne and Sally.

Born in Port Arthur, Texas, Juanita studied art and interior design at Texas University for Women in Denton, where she graduated in 1941. The same year she married James, who was a graduate of Texas A&M with a Masters in Engineering from Purdue University. They soon relocated to Washington, D. C. and then New York City where he, a Lt. Colonel in the U.S. Army, was stationed during World War II. While living in New York City, Juanita studied painting at The Arts Students League and at Columbia University. After the war, the family moved to Swarthmore, where James joined the Westinghouse Corporation as a gas turbine specialist.

Once their children were out of college, Juanita and James relocated to Rittenhouse Square, Philadelphia and their house “Grey Ghost,” at Cape May Point, New Jersey. During this time Juanita studied painting at the Philadelphia Museum of Art with Dan Miller, who became Chair of the MFA program at the Pennsylvania Academy of the Fine Arts.

When Westinghouse relocated its Gas Turbine Division away from Philadelphia, James and Juanita moved to Hamilton, Ontario, where he helped develop Westinghouse Canada’s gas turbine operations. At the same time, in 1974, Juanita opened an art gallery in Hamilton where she introduced the work of Dan Miller and others (including her own work) to the Canadians. They renovated an 1830s house in Niagara-on-the-Lake, and their English garden provided many themes for Juanita’s oil paintings, particularly gladiolas, hollyhocks, geraniums, and lilacs. While parental concerns and consulting work brought them back to Texas for a short time, a visit to Dan Miller’s summer house and studio in Corea, Maine, tempted them to relocate Downeast in 1996.

A small memorial is being planned in the summer. Contributions in her name may be made to the Centre Street Congregational Church in Machias, Ross Manor Assisted Living Memory Care in Bangor, and Avita of Brunswick in Brunswick, Maine.