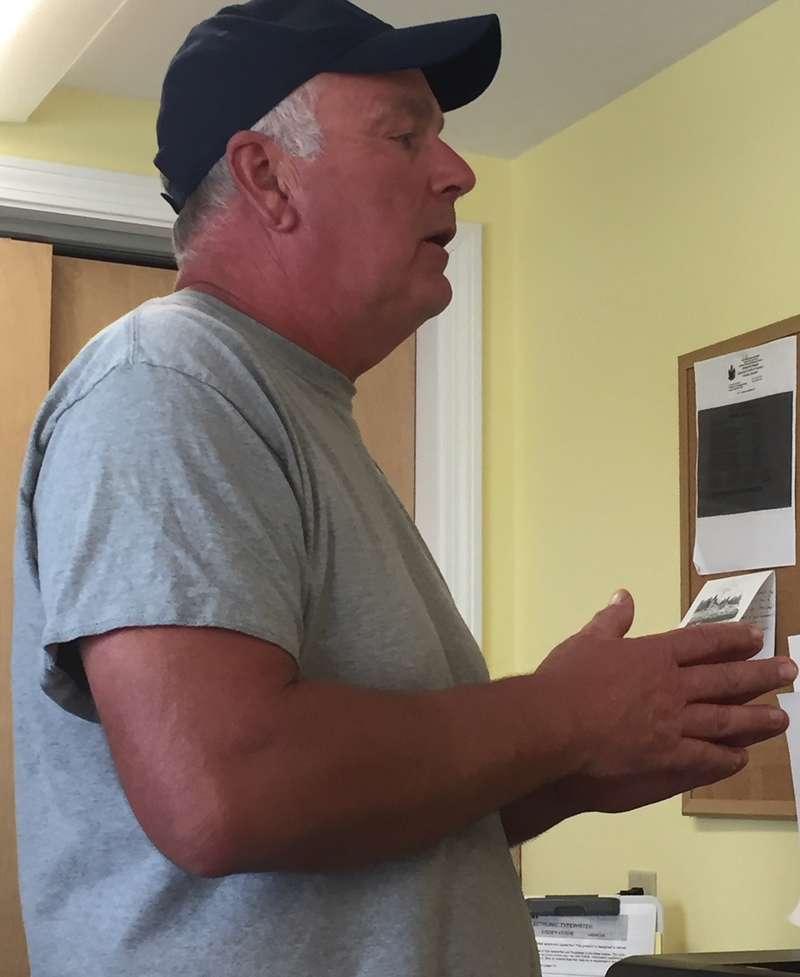 Jonesport Avenue: public or private? That was the issue brought to selectmen August 29 by Charles Look who, with his brother Ed, owns and operates a seafood business at what was originally a sardine factory on Moosabec Reach east of the Beals Island Bridge. A recent code violation for an unpermitted paved path and doorstep to a building he had recently built alerted him that the loop road, that he had always assumed was a private way owned by him and his brother, was considered a town road where construction was bound by town ordinances.