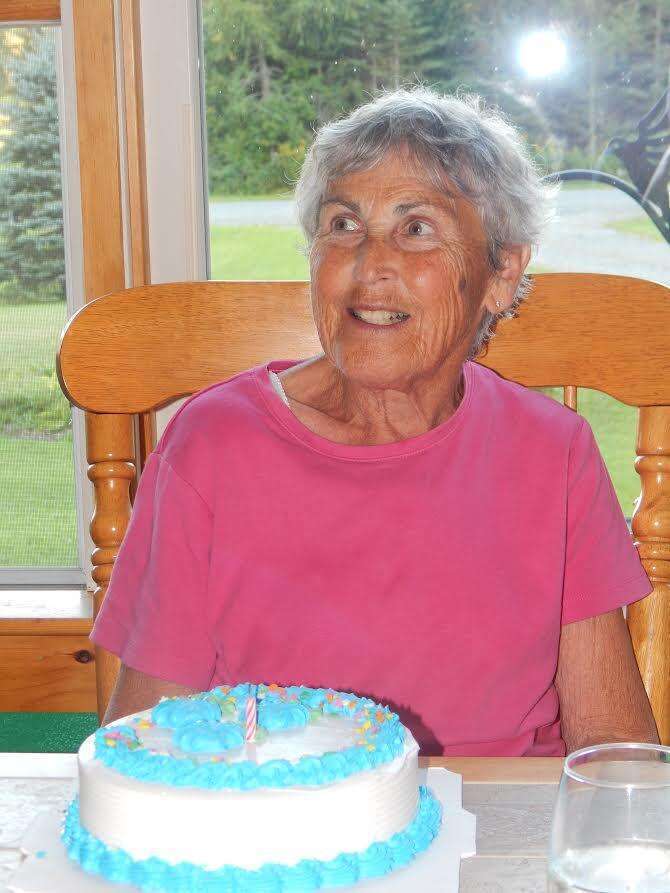 Jane Ellen (Magner) Kamm from Stonington, CT passed away on May 20th.  She was born on August 23, 1940, to parents Patrick and Ruth Magner.  She attended Bates College for undergraduate studies and earned her master’s degree in Library Sciences from the University of Rhode Island.  Jane worked at Meriden Schools, and after raising her children and finishing graduate school, she returned to work at Deans Mill Elementary School in Stonington, sharing her passion for reading and literature with her students, where she would later retire.

To commemorate her retirement, her husband Jon would take her on the trip she would recall as her favorite--a pack trip on horseback spanning 120 miles from Jackson Hole, Wyoming through the top of the Rockies.

Jane enjoyed her retirement traveling to places like Belize, Azores, Ireland, Portugal, and many other beautiful destinations with her husband, staying in Maine at their second home during the summer months and spending time with family.  She became part of a group of women in South Addison, Maine, who fondly called themselves “the walkers,” as they would all meet up for their daily exercise.  On these walks, Jane was known to carry a pocketful of doggie treats to share with the furry friends she had made along the way. Time spent with her husband and family was what she cherished most along with simple pleasures such as picking blueberries, making the most delicious pies for her family and friends to enjoy, or sitting around the dinner table with a toast by her husband that always started with “Free Cuba” and a laugh.

Jane is survived by her loving husband of 55 years, Jon, who was immediately drawn to her striking, Irish eyes as she was to his dark, wavy hair.  Though their anniversary remains a mystery, together they had two sons, Jay Kamm and wife Carol, of Caribou, Maine, and James Kamm and wife Amy, of Rockport, Massachusetts.  She was a loving grandmother to five grandchildren: Nathanael Kamm and his wife Makayla, of Caribou, Maine; Matthew Kamm and his wife Emma, of Smithfield, Maine; Jameson, Jaden, and Alexa Kamm, of Rockport, Massachusetts; and a great grandson, Elliott Kamm.  She is also survived by many nieces and nephews and close family friends, especially Dr. James and Beth Sullivan and Stanley and Sheila Mitchell.

She leaves behind her siblings, Marge Rostedt and her husband Ken, of Westminster, MA; Elenor Allard, of Derry, NH; and Anne Hollows and her husband Steve Ulfelder, of Wimberley, Texas.  Jane was predeceased by her loving parents, Patrick and Ruth Magner, and step-mother, Lucille Magner, and her sisters Mary Miller, Sheila Tuohy, Martha Bray, Kathleen Burns, and brothers, Steve Burns and Frank Burns.

Jane is already greatly missed by the many lives she touched, but her legacy can be honored by donating to the Jane E. Kamm Memorial Fund mailed ℅ Cape Ann Savings Bank, 109 Main Street, Gloucester, MA 01930.  Contributions will be distributed to the Stonington School District to purchase books for their library collection.  A celebration of life with family and friends will be held at a later date.

Letters to the Editor