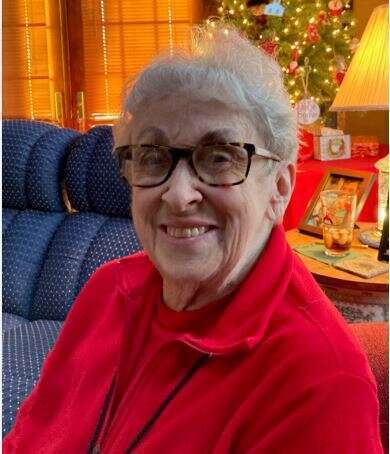 Ruth Leubecker was a lifelong journalist and newspaperwoman. She died Sunday at the age of 80. Photo courtesy Ruth Leubecker

Newspaperwoman Ruth Leubecker was a journalist’s journalist. Born and raised in the Machias area, she went on to create and run a magazine in Singapore, edit multiple daily and weekly newspapers abroad and at home, especially in Maryland, lunching annually with part-owner Walter Cronkite, and create and host a cable news program, before returning Downeast and into the pages of the Machias Valley News Observer where she has been the backbone of this newspaper for decades.

I knew her best as a passionate lifelong journalist, but I also know that above all, Ruth was devoted to her close and loving family, and her friends.

I first met Ruth when I took over the role of MVNO editor, but her journalism impressed me long before my family relocated to Downeast Maine.

Visiting from our then-home, near Dallas, Texas, I would pick up the Downeast papers and shake my head in wonder at the width and breadth of coverage to be found in little Machias. I was especially impressed by this newspaper, with Karen Hinson’s and Ruth’s bylines all over the front page, and the weighty, far-reaching stories they would cover. Then, I would go back to my Texas city of 125,000 and make do with exactly four fluffy pages wedged into the Dallas Morning News’ Thursday edition.

What is it about this remarkable place, I wondered, that takes its reporting so seriously?

When you find good things in small towns, they often come down to a handful of dedicated people working hard, and in the case of this newspaper, a lot of it has come down to Ruth. Over the course of decades, she switched hats as needed — now reporter, now advertising sales, now editor, now columnist to keep this, one of Maine’s oldest newspapers and Machias’ longest-running business in business.

A newspaperwoman to the core, there was nothing Ruth did not know about how a paper works, and nothing she could not do.

This week’s top story involves Maine’s Congressional delegation, so when Senator Angus King called me this morning, I supposed it was to give a comment, but no. Word had reached him about Ruth, who he remembers fondly from decades of interviews. He was calling to share his condolences.

“I talked to her less than a month ago, she called me about something and I always returned her calls. I’ve been answering her questions for 20 years,” said King. “Put me down as one of her fans."

You can put me down as one of her fans, too.

She will be missed.