One of LifeFlight Maine’s three helicopters departed East Machias yesterday, Thursday, Oct. 21, after spending four days on the grounds of Washington Academy. LifeFlight helicopter N901EM was damaged in a minor mishap with a Machias ambulance early Monday morning when the emergency air transport service came to collect a patient after a serious car accident in Whiting.

LifeFlight Executive Director Thomas Judge said the patient was treated by a LifeFlight team on the scene, and another helicopter already in flight was dispatched to collect the patient, who was safely transported. He attributed the accident to “simple human error.”

“In the middle of the night, the lighting was not the best,” wrote Judge, first praising Washington County first responders.

“The professionalism they exhibited and the care they provided for all the patients involved in the accident are the most important pieces of this story,” wrote Judge. “All of us at LifeFlight, and everyone in Maine, are eternally in the debt of the EMS and public safety first responders who are there when we need them, 24/365 and at a moment’s notice caring for their neighbors and communities.”

Machias Town Manager Bill Kitchen said the damage to the ambulance was minuscule and cosmetic. The matter is now being handled between insurance companies.

“Four people saved a life that night, and in the process, they bumped into a helicopter,” said Kitchen. “While most of us are sleeping, our first responders are out saving lives. We could not be any more proud, of both our ambulance crew and our driver, for their exemplary service in the early hours of Monday morning, and every day.”

LifeFlight and the town of Machias plan a first responder training on Saturday, Oct. 30. 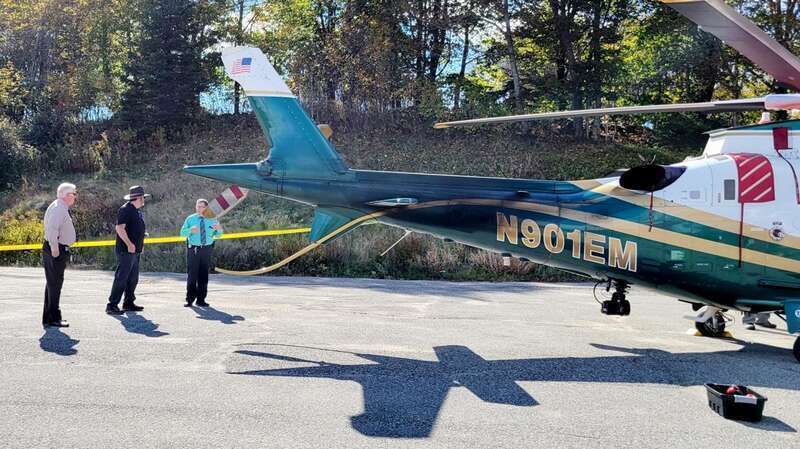