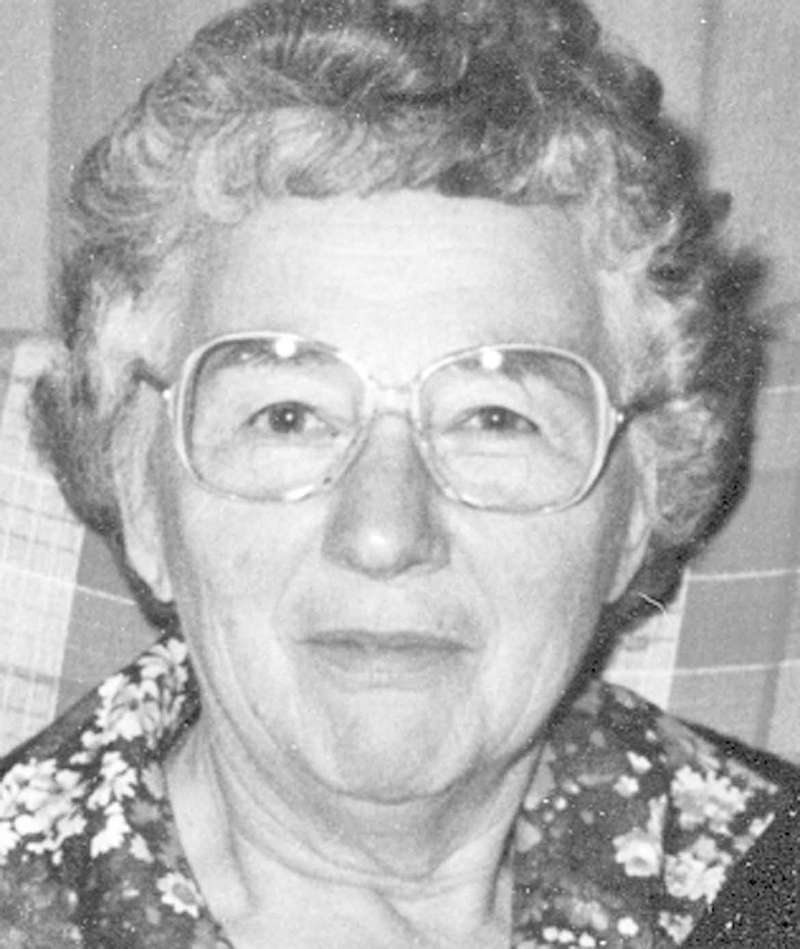 Agnes Arlene (Gray) Diffin, 94, of Waterville, passed quietly away on March 4, 2017 at the Lakewood Continuing Care Center. She was born in Wesley, Maine on April 3, 1923, the daughter of Roger A. Gray and Minerva (Sharman) Gray.

During her career teaching at the various Air Force bases, Agnes took the opportunity to tour dozens of countries around the world. She documented her travels, as well as many family gatherings, with thousands of photographs, slides, and home movies, which she enjoyed sharing with her parents and extended family of brothers, sister, cousins, nieces and nephews.

On June 24, 1967, Agnes married Darrell F. Diffin, a widower with one son who was also her second cousin once-removed. She and Darrell lived at the top of Sharman (also called Bearman) Hill in Robbinston,, with a beautiful view of Passamaquoddy Bay. Agnes continued to teach in Limestone until she retired. After retirement she enjoyed sewing and needlework projects, making apple pies for Darrell, and a few years later, helping care for her aging mother during the summers in Robbinston.

After her husband died in 1997, Agnes moved to East Vassalboro, to be closer to family, and continued to help care for her mother. While living in East Vassalboro, she attended the Vassalboro Methodist Church and had many friends in the area. In her later years, due to health concerns, she moved into assisted living facilities in Waterville, the last one being Lakewood.

Agnes was predeceased by her husband, Darrell; her step-son, Gary L. Diffin; her brothers, Allen S. Gray and L. Austin Gray; her sister and brother-in-law, Maxine (Gray) Robbins and Gerald Robbins, and three nephews. She is survived by one brother, James Gray of North Vassalboro, one sister-in-law, Prudence (Bartley) Gray of East Vassalboro, her step-granddaughter, Jennifer Diffin and her husband Keith Martin, of Washington, D.C.; several nieces, nephews, great-nieces and great-nephews, and great-grand nieces and great-grand nephews.

The family wishes to thank all of the caring and devoted staff of Woodlands Assisted Living and Lakewood Continuing Care Center, who have cared for Agnes over the past few years.

A memorial service and burial will be announced at a later date. Arrangements are under the care of Gallant Funeral Home, 10 Elm Street, Waterville, Me. Notes of condolence may be expressed to the family at www.gallantfh.com.