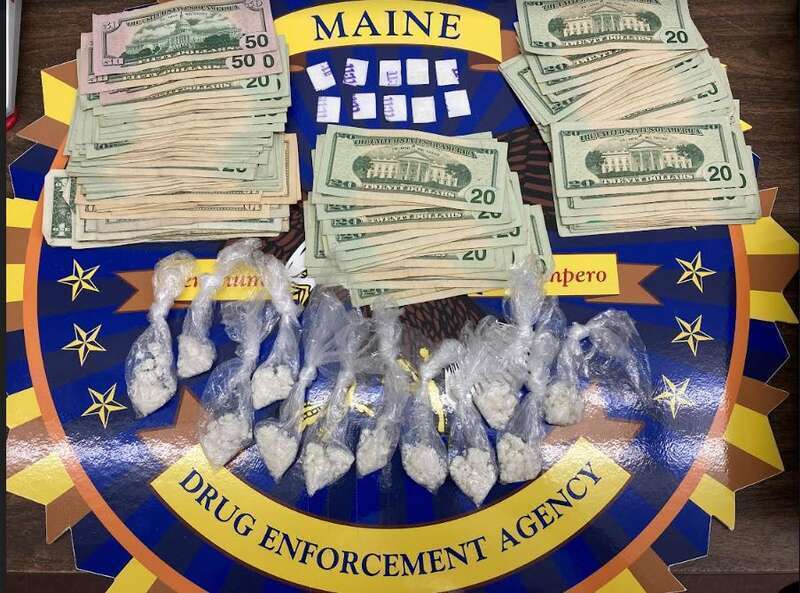 As the result of a joint investigation with the Washington County Sheriff’s Office, agents assigned to Maine Drug Enforcement’s Downeast Task Force (MDEA) have arrested a mother and son from East Machias, along with two men from the Bronx, New York, and charged them all with drug trafficking offenses.

Early this morning, Wednesday, Sept. 14, at approximately 6:30 a.m., MDEA agents, assisted by the Maine State Police Tactical Team, executed a search warrant on a residence located on Jacksonville Road in East Machias. This search warrant resulted from an investigation that included undercover buys from the home and is part of a series of investigations with the Washington County Sheriff’s Office targeting drug traffickers in that county.

Arrested following the execution of the search warrant at the Jacksonville Road residence were:

Tammy Davis (61) of East Machias, was charged with Class A  Aggravated Trafficking in Schedule W Drugs (Fentanyl). This charge was aggravated due to a previous drug felony conviction.

Nicholas Ames  (39) of East Machias, was charged with Class B Trafficking in Schedule W Drugs (Fentanyl). (Note: Ames is the son of Davis)

Jermaine Henry (33) of the Bronx, New York, is charged with Class B Unlawful Trafficking in Schedule W Drugs (Fentanyl and Cocaine Base).

Rashan Howard (27) of the Bronx, New York. Charged with Class B Unlawful Trafficking of Schedule W Drugs (Fentanyl and Cocaine Base).