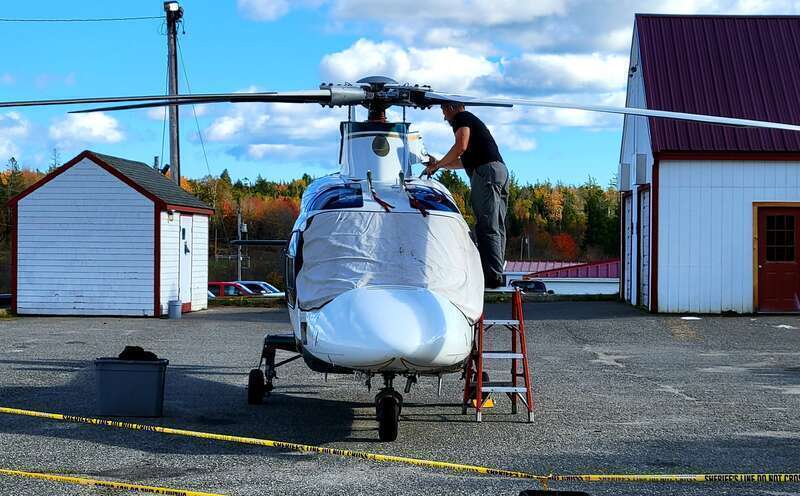 A LifeFlight helicpoter is being assessed in East Machias after an incident involving a local ambulance. Photo by Sarah Craighead Dedmon

A Maine LifeFlight helicopter is on the ground in East Machias after an early morning incident involving the Machias Ambulance Service. After midnight on Monday, Oct. 18, LifeFlight landed at Washington Academy in order to collect a patient.

According to LifeFlight Executive Director Thomas Judge, their helicopter was then damaged due to “simple human error.”

“The ambulance came in too close to the aircraft and the ambulance struck the blade on the aircraft,” said Judge. “We’re still early in the results of analyzing, there’s damage to one of the main rotor blades.”

Another aircraft already in flight to a different scene was rerouted to East Machias, and the nonprofit organization’s third helicopter was deployed to collect the other patient. Both patients were safely transported, said Judge.

“They’re working with the FAA so all of the appropriate oversight in play,” said Judge

Machias Town Manager Bill Kitchen confirmed knowledge of the incident but said he could not comment until the ambulance service chief had completed their report.

This story will be updated in this week’s newspaper and online.