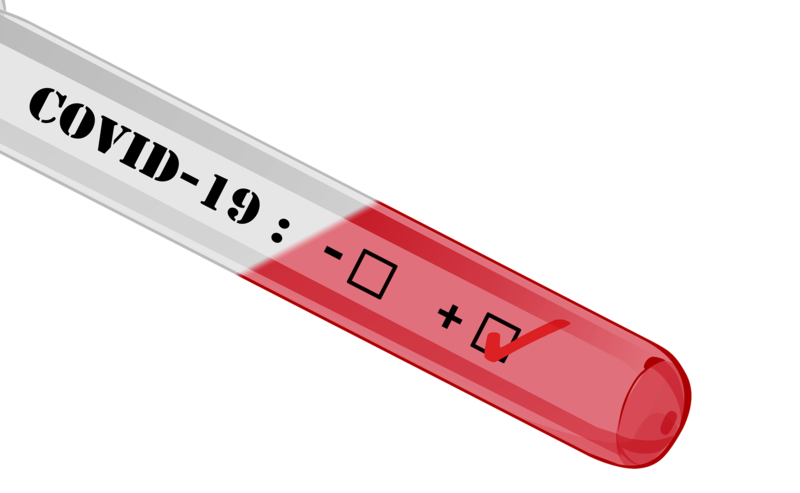 Washington County’s detected COVID-19 case count has not changed since one case was reported on April 2, leading many to wonder if there are actually any active cases in Washington County.

One local doctor suspects the state stay-at-home order is successfully limiting the spread of coronavirus Downeast, but notes there is an absence of hard data. Because of an ongoing testing supply shortage, Maine’s laboratories are processing a limited number of tests, prioritizing the most at-risk “Tier 1” patients almost exclusively. Dr. David Rioux of Machias said he is not seeing a “whole lot” of patients with COVID symptoms in Machias.

“I think people are doing the right thing by doing social distancing, and I see a lot more people wearing masks, and being careful about the six-foot rule,” said Rioux. “I think we’re doing the right thing and I don’t think it should end at this point, or we’re just wasting the time we’ve put in until now. It’s to our best advantage to stay in this shutdown ​”

Maine Center for Disease Control and Prevention Director Dr. Nirav Shah said Monday that there has been “something of an uptick” in testing supply availability, but a nationwide shortage of testing chemicals still guides testing priorities.

“For that reason, the CDC has not changed its focus on testing,” said Shah.

Rioux said that before submitting to a laboratory, doctors label COVID-19 tests as Tier 1, Tier 2 or Tier 3. Federal Center for Disease Control and Prevention (CDC) guidelines for testing patients with suspected COVID-19 infection defines Tier 1 patients as hospitalized patients and healthcare facility workers with symptoms. Tier 2 patients are typically over 65 years old with co-occurring conditions such as diabetes or asthma and symptoms, and Tier 3 represents all other patients with symptoms.

“They haven’t run any Tier 3 tests, and they’re not running any Tier 2 at the present time,” said Rioux, pointing out that the focus on Tier 1 patients helps the state save vulnerable populations while conserving highly-constrained personal protective equipment (PPE). If health care professionals know a patient is negative for COVID-19, they can save their PPE for other uses.

“Patients who come to my office...and who have questionable COVID-19 symptoms, we can do the test and submit it, but they’re holding them until all the Tier 1’s have been run,” said Rioux. “This weekend there were a few cases in nursing homes in Maine, so they had to do a lot of testing for patients there, so they did not run a test for a patient of mine who is Tier 2.”

Both Rioux and Dr. Cynthia Sammis of Machias submit their tests to Affiliated Laboratory Inc. in Bangor, which is affiliated with Northern Light Health, though Rioux said all laboratories in Maine are applying the same stringent conditions.

Over the weekend more than 50 cases were detected in the Augusta Center for Health and Rehabilitation. Sammis said a single case in a “congregant living facility” quickly leads to a spike in necessary testing, which is one reason why most Maine doctors are using strict criteria to determine who receives testing, in order to conserve supplies for potential spikes in vulnerable populations.

Last week the state took delivery of 15 ID NOW testing systems built by Abbott Laboratories in Scarborough. Together with 10 ID NOW test kits, those 15 units will be deployed across the state and used to rapidly diagnose 123 people living in at-risk settings, such as homeless shelters. The state was initially told it would receive more Abbott testing kits. It is not clear when the testing supply shortage will abate.

“Doctors are still being directed by the CDC guidelines, which are to test the first responders, the elderly with co-occurring conditions who are truly ill with high fever, shortness of breath and cough, and people who are in the hospital with respiratory symptoms,” said Sammis.

“If you’re healthy and you have those three and you’re young, you’re still going to get told to stay home for 14 days.”

Amid pandemic, cruise ship hopes to berth in Eastport

Kitten season is anything but cute for animal shelters