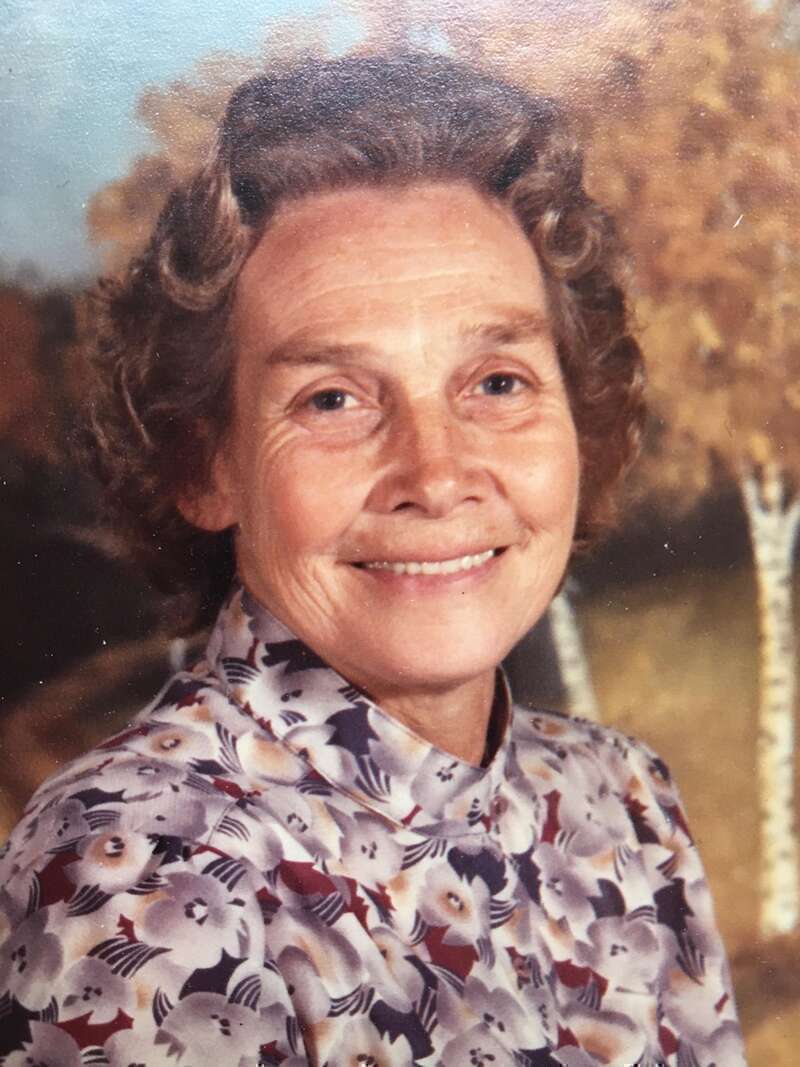 Blanche Monica Guptill of Wesley,  best known as “Mrs. Guptill,” passed peacefully in her sleep on January 5, 2022. She was born in Winterport on August 13, 1926, the daughter of William and Edith Whittier.  Predeceased by her husband Dean in 1984, she is survived by her son Jefferson and companion Linda Cirone; daughter Janine and husband Allen Hawkins; grandson Evan Hawkins and wife Jewel; granddaughter Emily(Hawkins) and husband Lee Philbrook, (all of Wesley); great-granddaughters Rae and Lexi Philbrook. Many nieces, nephews, other family members, and her special friend Audrey Norton.

She grew up in Glenwood and Wyitopitlock, attended Glenwood Elementary school, and pretty much stated from day one she was going to be a teacher, she was proud to be a Sterns Minutemen when she went to  High school in Millinocket and attended Washington State Normal School in Machias for her teaching degree that began what some have called a “teaching dynasty.” She met and married Dean Guptill while in teachers college and working at Meadowbrook cabins/restaurant in East Machias.  She taught school a year in Danforth, moved back to Wesley, taught three years in Northfield, and then taught in Wesley up until she retired in 1985.

Even after retirement she was well known as a substitute and a tutor. “Mrs. Guptill” was always ready to help any student in or out of school and took great pride in her work.  She was one of the founding members of the Wesley Fire Dept ladies auxiliary, a longtime member of the Wesley Grange #546 working the kitchen at almost all of the old Wesley Dances, she was also a long-time member of the Wesley Cemetery Association and Historical Society. She was a great lover of animals and the outdoors, while walking in the woods or working on her blueberry fields she was always accompanied by a dog or two.

In lieu of flowers, anyone wishing to make a donation in her memory to the Wesley Cemetery association may do so at Wesley Cemetery Association 4750 Airline Rd  Wesley ME 04686  A graveside service is planned for 11 a.m. on May 21  at the Wildwood Cemetery in Wesley with a fellowship time to follow.