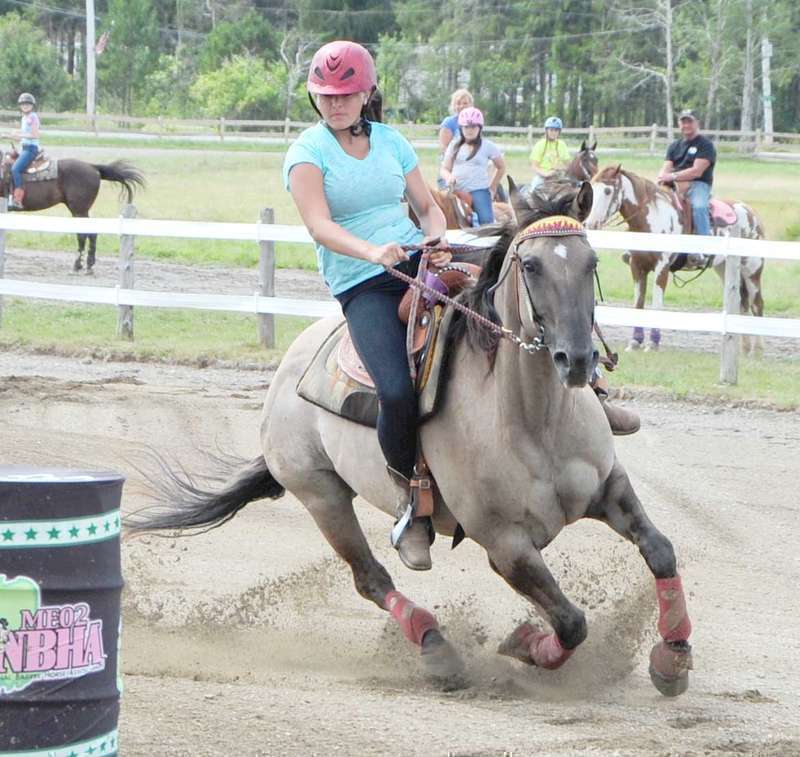 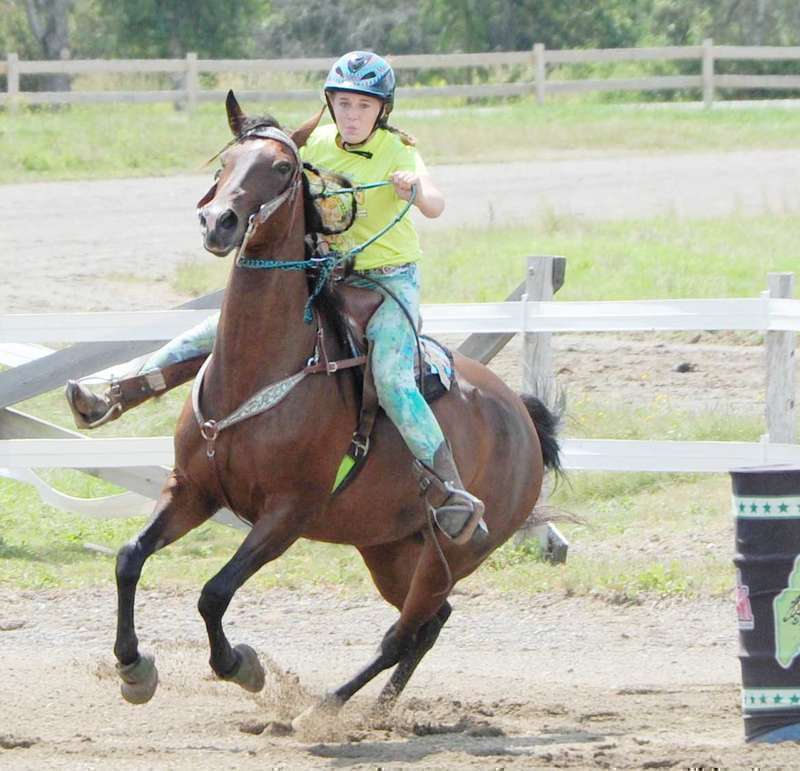 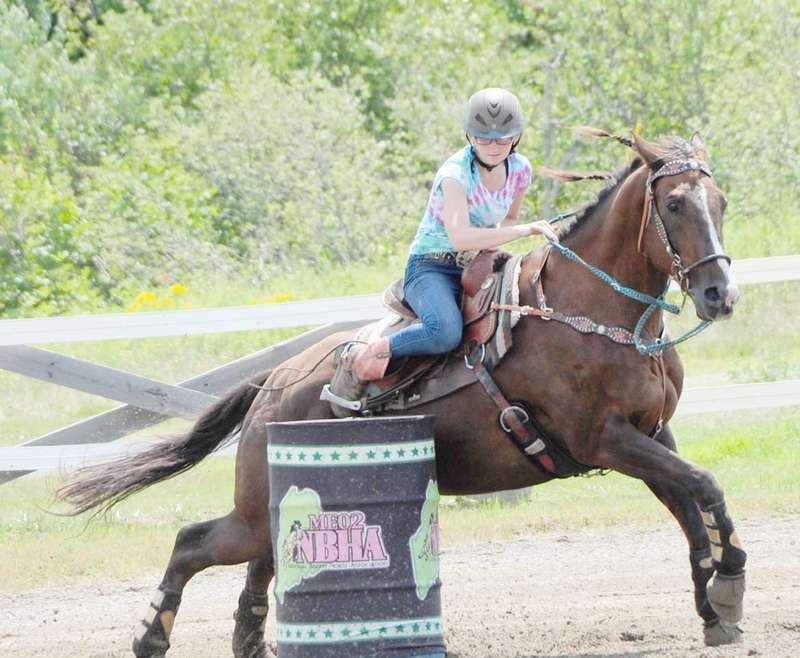 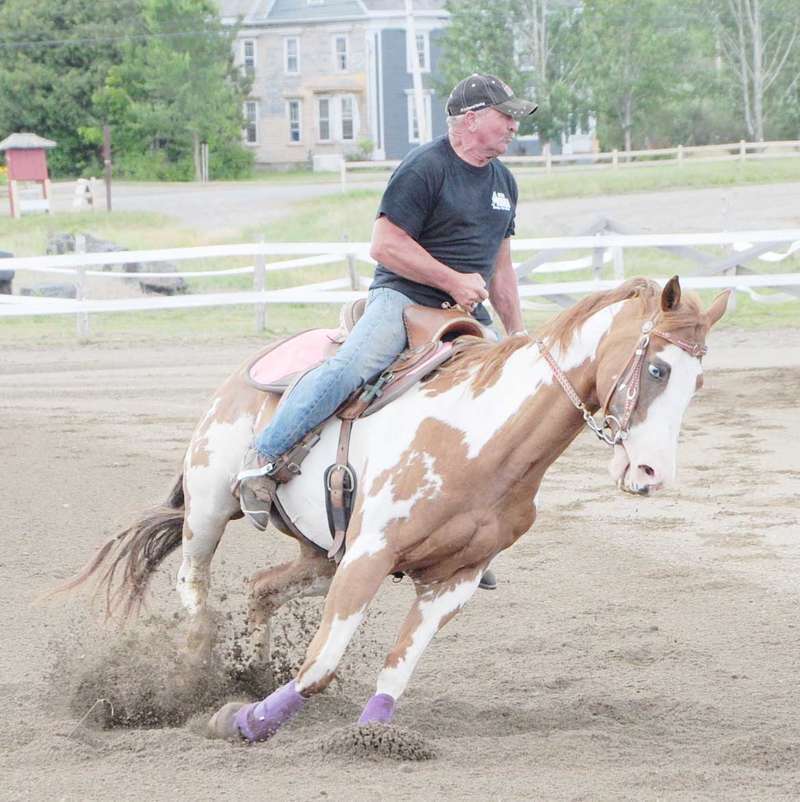 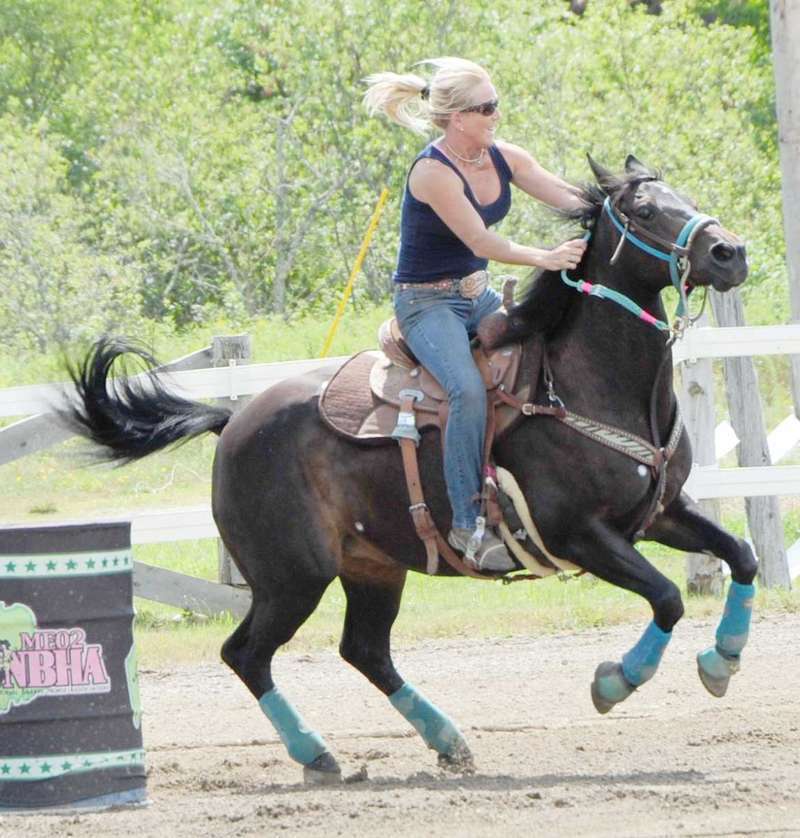 The Barren View Golf Course in Jonesboro has been a hub of activity lately with two tournaments and a senior scramble within a week’s time frame.

Laura Bagley and Bernice Fedder took top honors in gross play with a score of 73, and held a three-stroke lead over Ralph Backman and Tom Viselli. Third place honors went to Wayne Smith and Jim Goliffe, who compiled a score of 80.

A dynasty is born

The two-year reign of the Dennysville AA in the Quoddy Baseball League ended at the conclusion of the 1961 season and it was time for another team to step up.

The Cutler Cardinals, under Neil Corbett, had fielded teams for years but hadn’t had much success against the likes of Dixie, Jonesboro and Eastport.

On August 19, the Machias Blueberry Run turns 42 years old, making it the second oldest running event in Washington County behind the Perry to Eastport seven-miler which is held on Fourth of July weekend.

The Blueberry Run does have the distinction of holding the title of most consecutive races because Hurricane Arthur wiped out the 2014 Perry to Eastport 7 to go.

This year’s Blueberry Run will be held on the third weekend in August and is expected to draw a decent field of runners once again.

Jud Cake of Bar Harbor and Tia Tardy of Hancock were the overall male and female winners at the Annual Milbridge Days 5k on July 29.

Cake, one of the premier runners in Eastern Maine and the course record holder at the Cobscook Bay 10k in Pembroke, led a field of 65 runners down to the end of Fickett’s Point and back and a fast time of 16:20. 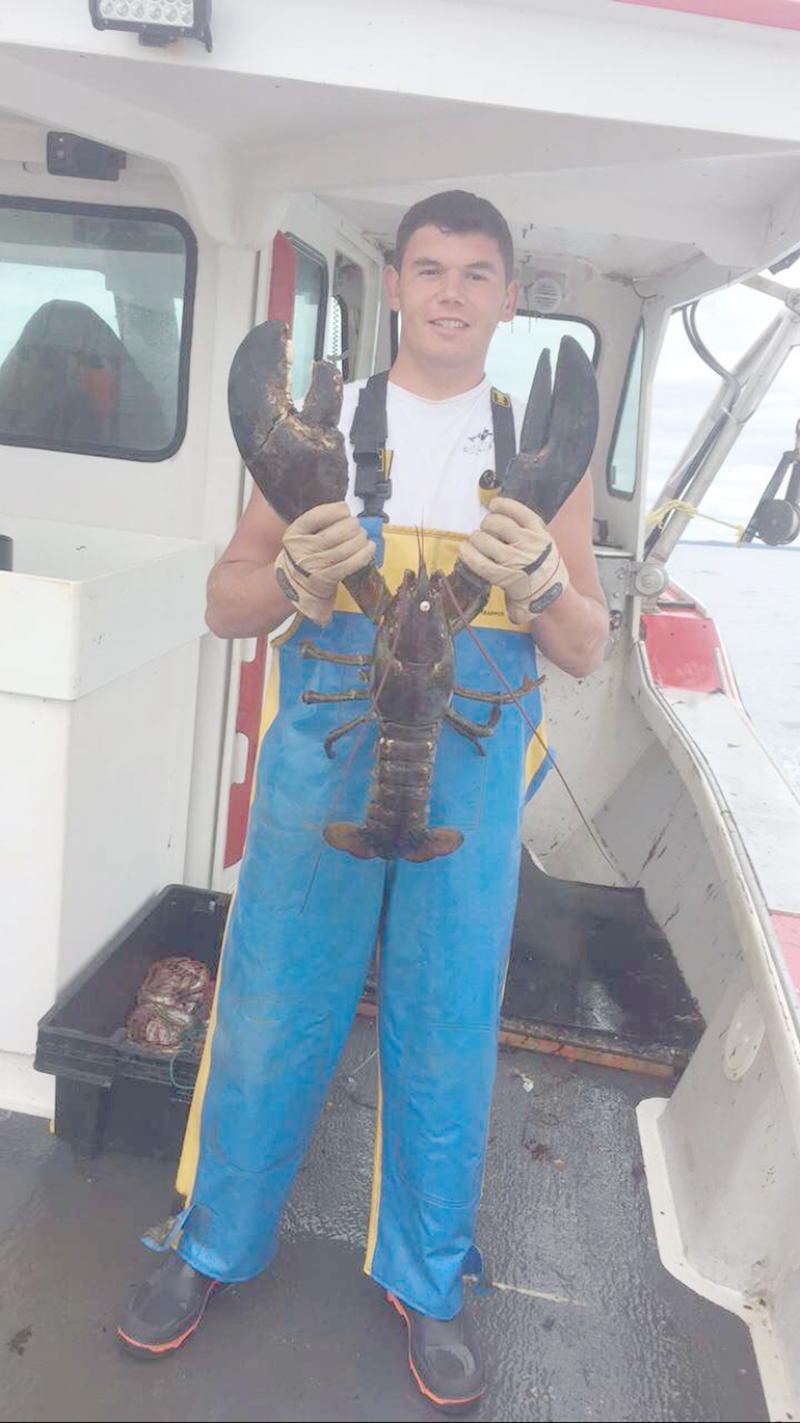 Camron Lee Roberts, 18, of Marshfield, died unexpectedly on August 7, 2017  following a day doing what he loved, aboard the F/V Never Enough with his brother and sternman, Connor. The beloved son of Jamie and Shelley, Camron was born on November 4, 1998 in Ellsworth, Maine. Camron was a proud Jonesboro Jet, participating in basketball, baseball, and youth football. He graduated from Washington Academy in June of 2017 with honors.

Kurt Potter of Whiting, Maine passed away suddenly at home on August 7, 2017, with Angelika Potter, his wife of 50 years, at his side.

Kurt was born in Bremen, Germany on October 19, 1938, and was raised by Heinrich and Hilda Grewe. In 1966 Kurt moved to Toronto, Ontario and subsequently to Baltimore, Maryland to marry Angelika. Kurt lived in Tulsa and Mannford, Oklahoma for 40 years working in book and record sales. He and Angelika relocated to the Cutler-Whiting-Machias area in 2011. Kurt found the climate of coastal Maine reminded him of northern Germany. 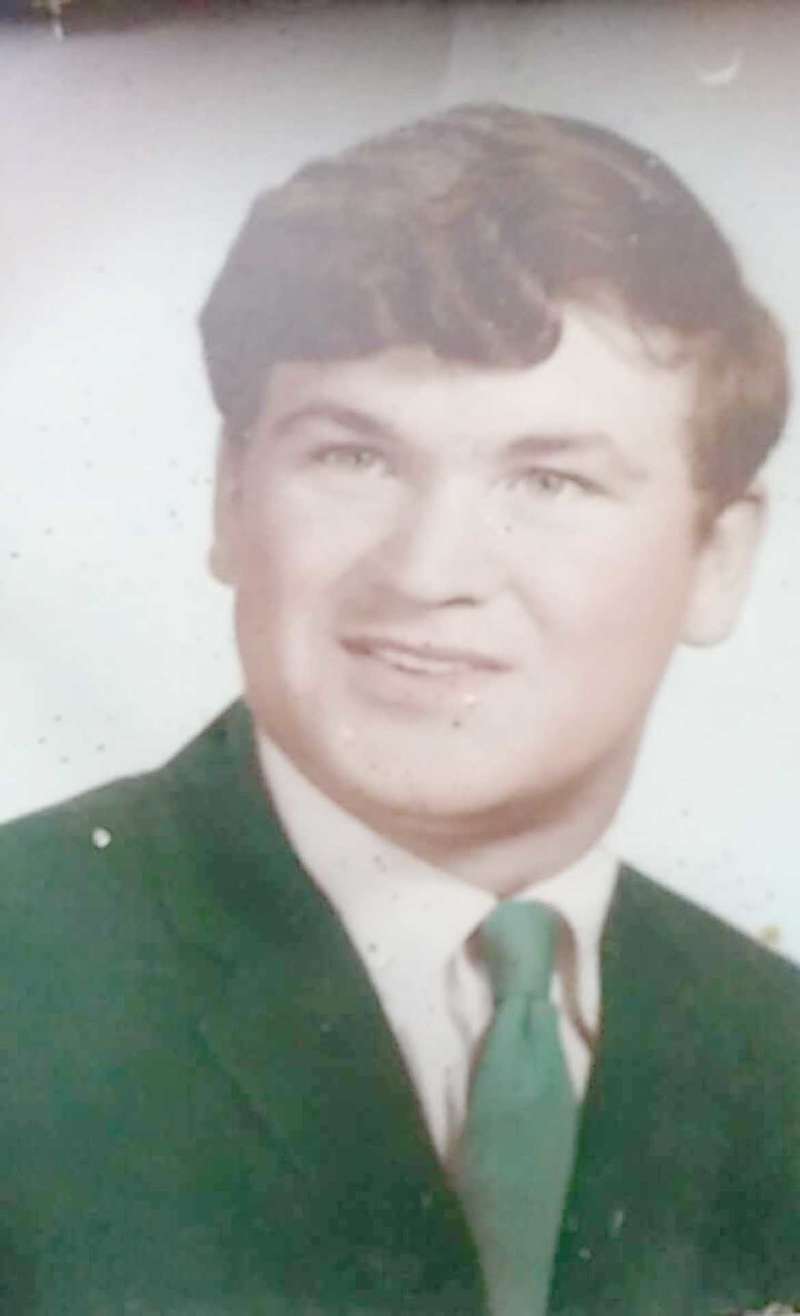 Ivan Leroy Alley, 62, passed away unexpectedly at his home on August 7, 2017. He was born on January 22, 1955. The son of Morrill E. Alley and Rosalie W. Smith. Ivan was known and will be remembered for his kind heart, contagious smile, and love for New York Yankees baseball - a love passed down from generation to generation. 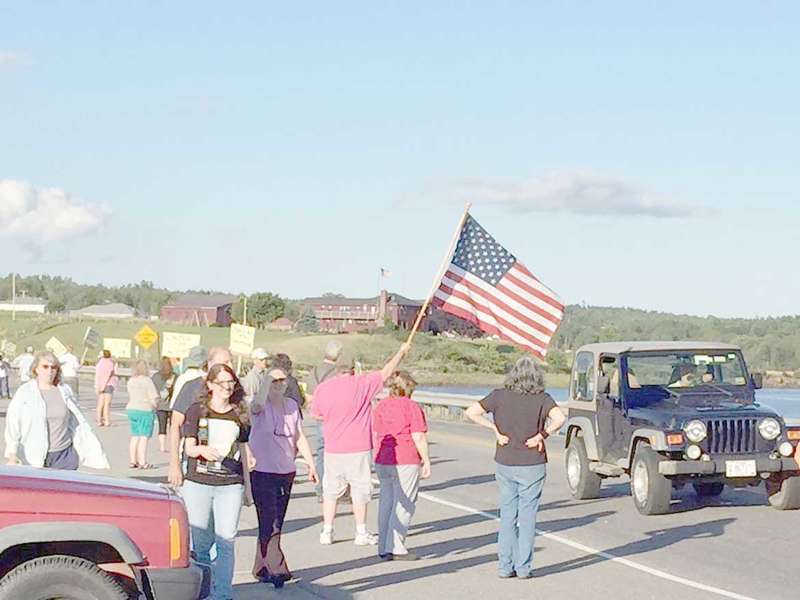 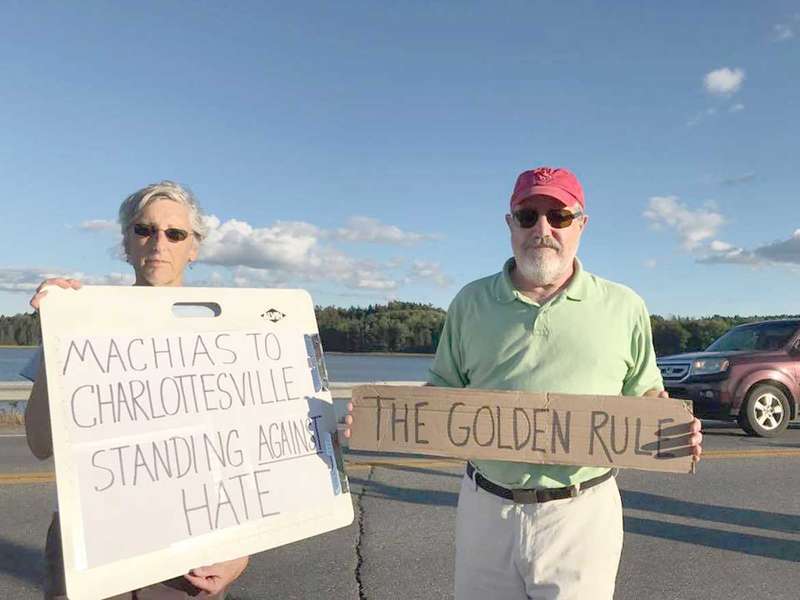 The Machias counter-protestors carried signs that read “Love Lives Here” and “All Are Welcome”. NPR reported that more than 500 similar events took place across the nation on Sunday. Photo courtesy Alan Kryszak. 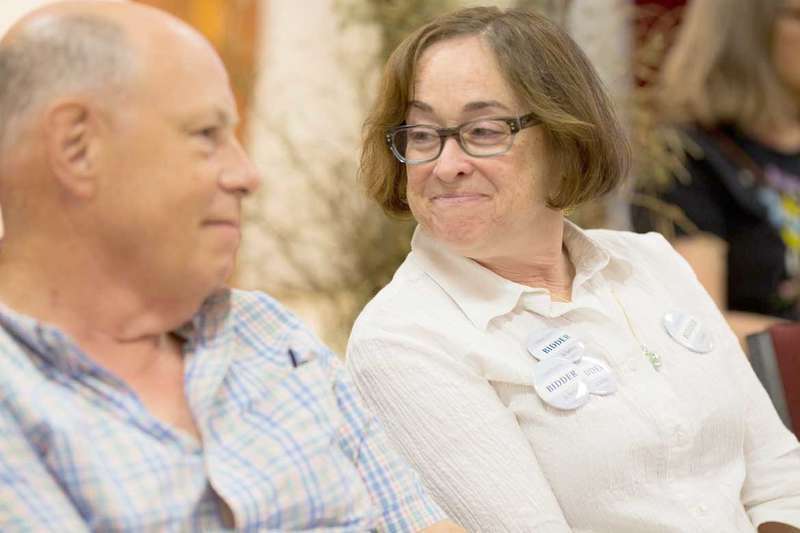 Community members who still would like to get involved will have a chance as a sequel to the event is coming soon in the form of an online auction featuring more afternoons of learning and exploring in the Eastport area.

Need internet around Machias? Here’s where the hotspots are
[comment_count] Comments