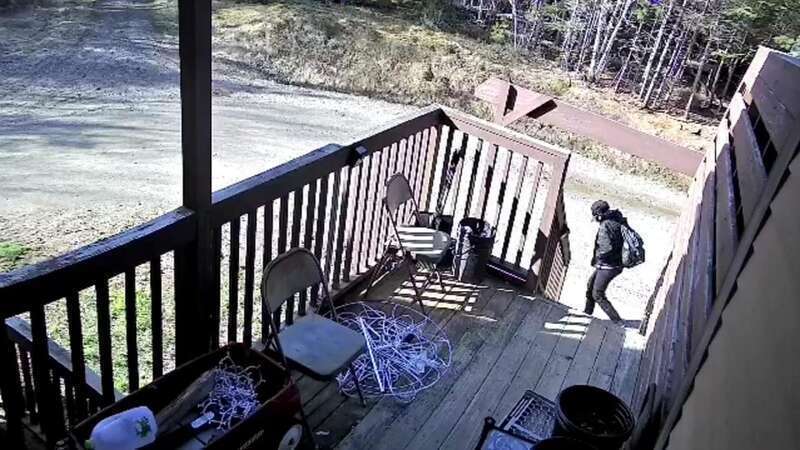 A reward of $10,000 is offered for information leading to the arrest and conviction of the person responsible for the death of Kimberly Neptune, 43, of Perry, who was found dead in her home Thursday, April 21.

Police have released security camera photos of a person walking near Neptune’s home on the day of her murder, asking for help identifying the individual seen in dark attire, black boots, and carrying a dark blue or black backpack.

Neptune’s death continues a notable recent increase in murders Downeast. Twelve people have lost their lives to murder in Washington County since 2017, including seven in the last five months. Neptune's is the second of those seven murders to occur in Perry.

“It started in 2017 and it just keeps going,” said Curtis. “It’s just what I said when I first came into office — we have a drug problem here and it’s only getting bigger. Now we are seeing horrific crimes like murder. This is off the charts.”

Driving some of the increase, says Curtis, is the high market price of drugs Downeast. Law enforcement has not linked Neptune's death to drugs.

“We know that there have been gang members up here and it’s very organized. It’s a business,” said Curtis. “They’re making more money in Washington County because people here pay three times the price it sells for on the streets in New York, Massachusetts, or New Jersey.”

Four years ago, noting the rise in organized crime, Curtis, his staff, and the county commissioners held a series of public hearings to sound the alarm, and to ask county taxpayers to weigh in on their request for three additional deputies. After a strained county budget cycle, the sheriff’s office was granted the additional positions, at that time bringing them from 14 to 17 officers.

“We could almost double this to do what we’re doing,” said Curtis. “Our deputies are working a lot of overtime. So we’re trying to be very careful not to burn our people out.”

“Are we taking a look at the root cause and origins? Absolutely,” said Charette, speaking in an interview earlier this year. “Are we coming up with a game plan? Yes.” Because all of the murder investigations are still active, Charette declined to say more.