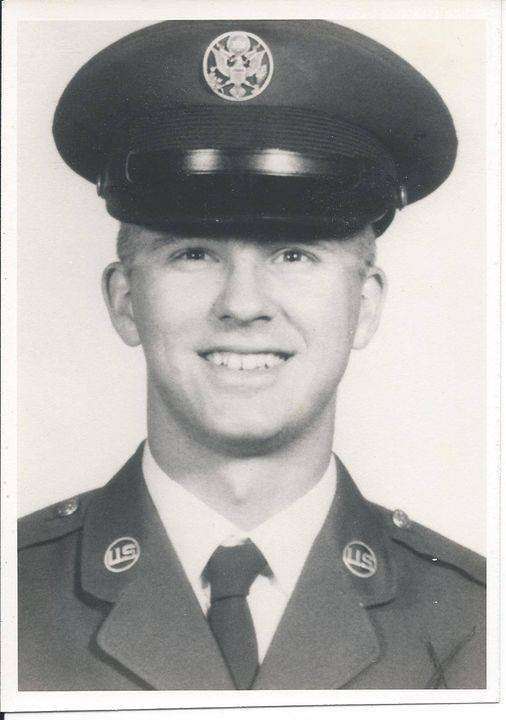 Patriotism takes local Airman around the world and back again

Editor’s note: In this seasonal feature leading up to Veteran’s Day on Nov. 11, we’re proud to bring you the unique service stories of some of our local veterans.

Tommy Johnson started thinking about the draft when he was just 14 years old. He was in eighth grade that year, and the Vietnam War was nightly news. But Johnson was never drafted himself, because four years later he enlisted with the U.S. Air Force, and at the ripe old age of 19, he was off to basic training in Texas.

Born and raised in Machias, Johnson graduated from Machias Memorial High School in 1972 and it was through the school that Johnson decided on a military career. Recruiters would offer bus fare from Machias so young men could learn more about the armed forces and bonus — that bus fare came with a meal ticket and a hotel room, too. “So I would go up to Bangor and test for all of them except the Marine Corps, but really I was going to party and have a good time, but they were paying for it,” Johnson says, laughing.

After basic training, he attended school in San Antonio where he became a telephone and data circuitry technician and a new father. “My first child was born here in Machias when I was in Texas going to school; I didn’t see him until he was about five weeks old,” says Johnson, who recalls repeatedly appealing to his bosses until they finally let him return home to meet his son.

He brought his wife and son back to Texas with him, then they all moved to Omaha, Nebraska, so Johnson could work at Offutt Air Force Base, the home of Strategic Air Command. SAC controlled most of the nation’s nuclear weapons as well as the bombers and missiles capable of delivering them and was also home to Operation Looking Glass, which kept one of five EC-135 aircraft circling the skies above Omaha 24 hours a day for 29 years to provide an airborne command post in the event of nuclear war.

“I was the communications troubleshooter there. I loved it, and just one building had 5,000 people,” says Johnson. “I came from Machias, so that was twice as many people as lived in my hometown.”

After three years in Nebraska, during which Johnson’s second son was born, he and his family were moved back to Maine to what he remembers as the “only real Air Force assignment” he ever had, on Loring Air Force Base in Aroostook County during the tense final decade of the Cold War.

But at that time, Loring was the biggest weapons storage area on the planet. We had dozens of B-52 [aircraft], and a certain amount of them were on full alert, 24 hours a day, 365 days a year.”

Despite its critical mission, Loring offered a more relaxed atmosphere which Johnson enjoyed —  servicemen could hunt and fish and ski on the base. Johnson’s third son was born during his assignment to Loring, which lasted only 22 months. Then, he received orders for Germany.

“That first trip overseas, it changed everything,” he says. “It wasn’t just living overseas, my job became completely different.” Johnson recalls he went from being “a telephone guy” to working in combat communications.

Almost as soon as Johnson and his family arrived in Wiesbaden, Germany, he was sent on TDY (temporary travel duty) to Spain as part of a U.S. effort to encourage that country to join NATO. Johnson’s unit set up on a beach overlooking the peaceful Mediterranean, but the next day they were overlooking the USS Iwo Jima, the aircraft carrier USS Nimitz, and dozens of other ships. The skies overhead were full of Air Force jets, Navy jets, and helicopters, too. Then, the skies cleared, and one helicopter came into view. Johnson knew the king of Spain was coming, but the locals did not.

“The king of Spain’s helicopter is white, and the people of Spain know it like we know Air Force One,” says Johnson, who himself looked King Juan Carlos “right in the eye.” When the king’s helicopter arrived, the crowds went wild.

“It was the coolest thing we ever saw,” he says. “Guess what? Spain joined NATO, and that was the whole purpose of it.” In 1982, Spain became the first nation to join NATO in almost 30 years.

Johnson enjoyed watching history unfold there and on other assignments, at least one of which is still classified and cannot be discussed. While posted in Germany, Johnson frequently deployed around the world on “Sec. Def. missions.” Wherever the U.S. Secretary of Defense would travel, Johnson’s team would go in early to set up a secure hotline.

“Once you got it set up all he had to do was pick up the phone and the White House would answer,” says Johnson. “And it was good duty, let me tell you. The secretary was only there for 24 hours, and I was there for eight days.”

Those missions took Johnson four times to Rome, Italy, four times to Egypt, to Paris, France, to Lisbon, Portugal, and to Ankara, Turkey. Johnson made sure to make good use of his time in those world capitals.

“I went to the Louvre, the Eiffel Tower, you name it, it was great,” says Johnson. “I was very fortunate.”

Later in his career, he also traveled to other U.S. bases, and to Honduras.

Some experiences were more traumatic, like the Flugtag air show disaster in 1988. Johnson was at the event in Ramstein, Germany, when three aircraft from the Italian Air Force display team crashed to the ground in front of a crowd of about 300,000, killing 70 people and injuring 500 more.

“It seems like it was yesterday to me,” he says. “I wound up picking up bodies.” Each year on Aug. 28, Johnson remembers the event, giving special thought to four young girls who died that day.

“That was the worst thing that ever happened to me in the military,” he says. “People were having picnics and drinking beer and eating American ice cream, and within seconds they were gone.”

Things became difficult for Johnson when he was afflicted with an illness called spasmodic dysphonia, a disorder that afflicts the vocal cords. Although today medical research shows the illness is a central nervous system issue likely rooted in the basal ganglia region of the brain, in the 1980s the Air Force classified it as a psychological problem and committed Johnson to a psych ward for nine months. Later, the Air Force sent him to visit a military doctor at Pease Air Force Base in New Hampshire.

“He had my psych records, and as soon as I saw them I looked at him I said, ‘You guys don’t understand this, this is not a psychological problem,’” says Johnson. “We talked for 25 minutes, and two months later I found out [he] thought I was faking it.”

After that doctor’s assessment, the Air Force attempted to discharge Johnson with a one-time payment instead of letting him work to earn his full retirement.

“I fought like hell to stay in for 20 years, I already had over 16 years and I said, ‘I’ll do whatever you want me to do for four more years,’” recalls Johnson. “I went to Texas before a military board, I fought them and I won.”

The board ruled Johnson could retire with 16 years of service, but not to let him earn the full retirement that comes at 20 years. That gutwrenching experience informs his thoughts on the suicide epidemic which plagues the armed forces today.

“I don’t think it’s so much from what [soldiers] go through in the military, it’s what they go through after they get out,” says Johnson, whose father, two brothers, and son also served in the military. “Once you get out, you’re just a number when you walk out that door and take a uniform off. I had a great career for this country, I did a lot for America, then they threw me out the door.”

That experience inspired Johnson to participate in 15 years of medical research on spasmodic dysphonia, to help clarify its root cause, research he still takes part in today. He now lives in East Machias and receives Botox injections to manage the symptoms of his illness.

Thinking back on his decision to join the military, Johnson recalls that on balance, the experience was a net positive. His prime motivation for joining, he says, is still a part of him. 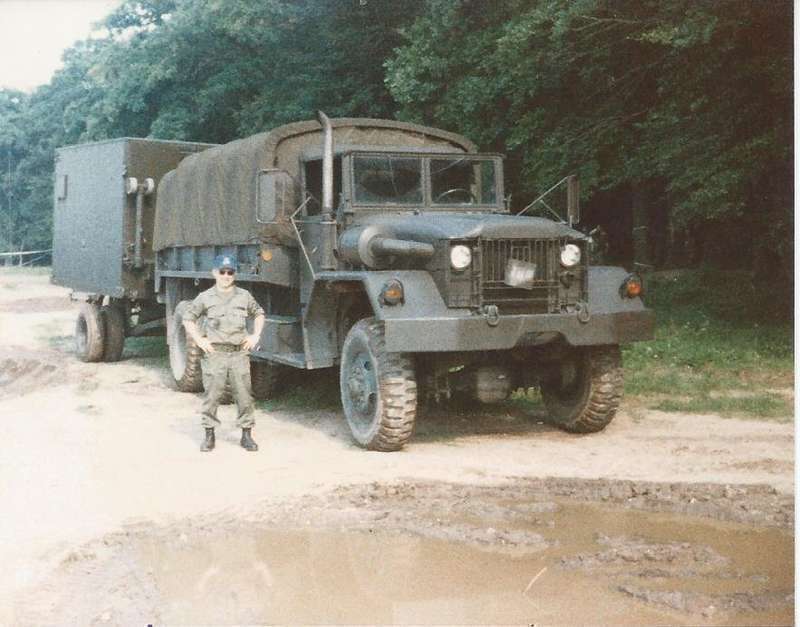 Johnson and his truck at work in Germany. Photos courtesy Tommy Johnson 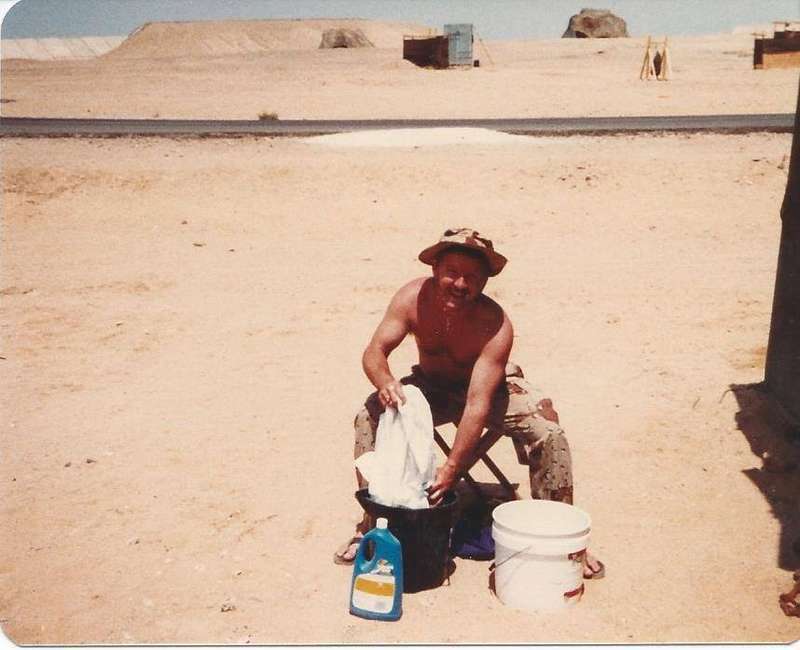 Veteran Tommy Johnson was born in Machias and joined the U.S. Air Force at a heated point during the Vietnam War. Though he did not deploy to Vietnam, he did travel all over the world. Here he is seen doing laundry in a bucket in Cairo, Egypt. Photo courtesy Tommy Johnson 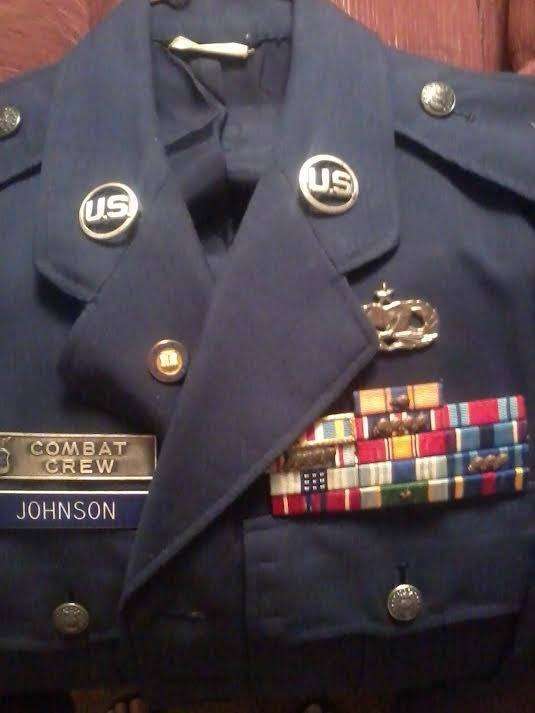 Johnson’s uniform at his retirement.