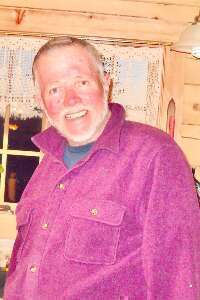 Mr. McKinnon was born December 15, 1935, in Paterson, NJ, the son of the late John and Bertha (Nyenhouse) McKinnon. He grew up in Ridgewood and attended community schools.

In 1955, he joined the Army and served in Germany. He was honorably discharged in 1957 as a specialist fourth class, specializing in weapons and mechanics.

Returning to Ridgewood, he enrolled at Farmington State College, New York, where he majored in horticulture, earning his degree in 1961. Gardening remained a lifelong pursuit.

An avid bicyclist, he opened the Ridgewood Cycle Shop in 1965 and operated the business for 35 years before passing the handlebars to his son, Andrew, who operates the shop now in its 56th year with his brother, James.

Growing up, Mr. McKinnon worked in his father’s florist shop in Ridgewood. One of his jobs was trapping rodents and skunks around the greenhouses. From time to time, he got sprayed and took the aroma to school. “Go home, Donnie McKinnon!” his teacher once told him, “You stink!” He did so willingly to enjoy his favorite lunch, rice pudding served by his grandmother.

Introduced to the violin by his Uncle Ludwig, Mr. McKinnon grew to love classical music, especially guitar. Blessed with a deep bass voice, he sang for 50 years with the First Presbyterian Church Choir in Ridgewood. He also attended Ridgewood’s Community Presbyterian Church.

Mr. McKinnon was an experienced long-distance cyclist and once peddled from Seattle, WA, to New York City to raise money for Alzheimer’s awareness and research. He biked up and down the East Coast and in western states.

He was an active member of the Ridgewood Chamber of Commerce and the Bicycle Touring Club of North Jersey. His bike shop grew to be the go-to place for cyclists. He organized a charity to give bikes to children and adults unable to buy them. He would scavenge and repair old bikes, then hold giveaway events. He also gave free classes on bike repair.

With his friend McDonald Emanuel, the two built a church for residents in impoverished Trinidad.

In retirement, Mr. McKinnon and his wife, Charlotte (Whittemore) McKinnon moved to Cutler, ME, where they built a log home overlooking the Atlantic Ocean. For a decade they enjoyed rustic living in a fishing village on the coast where fishermen neighbors would bring all kinds of seafood to their door. Mr. McKinnon repaired bikes and restored cars while in Cutler. He sang with the Cutler United Methodist Church.

In 2018, the couple moved to Laconia to be closer to family. In February that year a serious fall sent him to Belknap County Nursing Home, where he remained under the staff’s loving care until his death three years later.

A memorial service will be held later this month in Ridgewood, NJ.

Donations may be made in Donald's name to Belknap County Nursing Home, 30 County Drive, Laconia, NH, 03246.