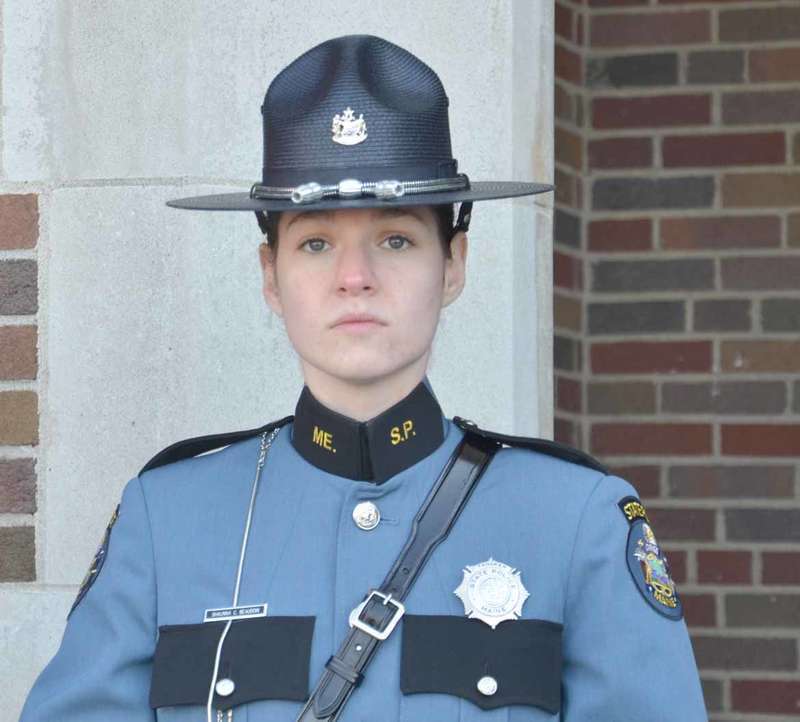 Maine’s newest state troopers received their badges on Friday, April 13, in ceremonies at the Maine Criminal Justice Academy. The five troopers completed 10 weeks of specialized State Police training. All are previous graduates of the academy. The new troopers will now patrol with a veteran trooper before beginning to patrol on their own. The graduation speaker was Governor Paul LePage who noted that the five troopers all grew up in Maine and thanked them for wanting to serve their state.